The Anglican Bishop of Aguata Diocese, Right Reverend Samuel Ezeofor has called for a diplomatic approach to douse the rising agitations and tackle the insecurity bedeviling the southeast geopolitical zone. 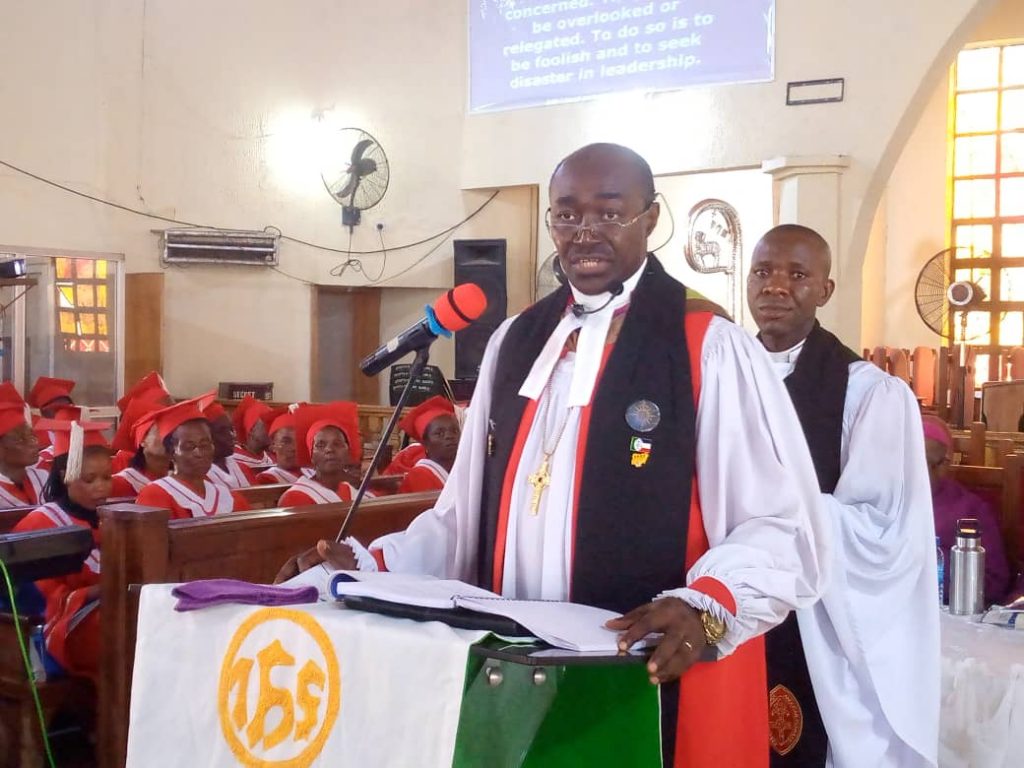 Bishop Ezeofor, who made the call at Saint James’ Anglican Church, Nanka, Orumba North Local Government Area, while presenting his Charge to delegates attending the Second Session of the Sixth Synod of the diocese, maintained that the call has become necessary in order to achieve peace in Nigeria, especially in the Southeast region

While urging the federal government to find a lasting solution to a series of agitations in different parts of the country, noted that diplomatic approaches would be more effective than violence and constant bloodshed in the name of agitation as is currently witnessed in the southeast.

He appealed to the federal government to consider the release of prisoners of agitation, as such a step would quell increasing security tension in different parts of the country.

The Anglican Prelate also lamented the direction of national leadership in Nigeria, noting that the constant industrial action by Nigerian workers, including the current strike by the Academic Staff Union of Universities, ASUU, summarizes the neglect, dwindling vision, and overall leadership deficiencies of the Nigerian state.

Right Reverend Ezeofor while commending Governor Chukwuma Soludo for already hitting the ground running, said that the quality of his work team, the cleanup of Onitsha and environs, and Sakamori in Ogbaru, the planned declaration of a state of emergency on Anambra roads, and tree planting policies are pointers to better days ahead.

The Chancellor of Aguata Diocese, Justice Peter Obiora who moved a motion to accept the Bishops Charge as a working document of the diocese, praised the depth of the message, which, he said, is fundamental to leadership discourse in Nigeria, especially at this time when the country is struggling with so many national challenges.

In an interview, the President of Aguata Council of Knights, Sir Isaiah Ezezika, and delegates to the synod, Mrs. Constance Umeh and Mr. Abuchi Nwozor, said that the issue of leadership, as much as it concerns the larger society, also affects the family, adding that just as the message touches public office holders, it must also reawaken the consciousness of parents to their responsibilities.

The Archbishop, Ecclesiastical Province of the Niger and Bishop of Awka Diocese, Most Reverend Alexander Ibezim, a former Dean Church of Nigeria, Most Reverend Maxwell Anikwenwa, a former Archbishop of Niger province Most Reverend Godwin Okpala, and a host of other Bishops, attended the synod.

The theme of the Second Session of the Sixth Synod of Aguata Anglican Diocese is “Divine Principles of Transformation: Leadership”.