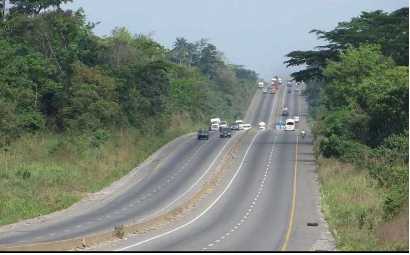 The Ogun State Traffic Compliance and Enforcement Corps (TRACE) on Tuesday announced that two people died, while five others sustained injuries in an accident along Abeokuta-Lagos expressway.

Mr Adekoya Adeola, the TRACE Rescue Officer at Kobape, near Abeokuta, told NAN in Ota that the accident, which occurred at about 1.14pm was caused by wrong overtaking.

Adeola explained that three vehicles were involved in the accident, including a Lexus car, marked AAA 298 GK, a Madza bus with registration number LND 539 XV, and an unmarked truck.

According to him, 16 persons, including 9 males and 7 females were affected in the incident that led to the death of two males with three females sustaining serious injuries.

The rescue officer, quoting an eye-witness, disclosed that the Lexus car was inbound Abeokuta Interchange, where it made a wrong over-taking and collided with a truck, which later escaped the scene of the accident.

He said, “The corpses of the victims have been deposited at the Ijaiye State Hospital in Abeokuta while the survivors are receiving treatment at the same hospital.”

He said that the vehicles involved in the accident had been removed from the scene of the incident to ensure free traffic flow.

Adeola also commiserated with families of the victims and prayed God to grant them the fortitude to bear their loss.