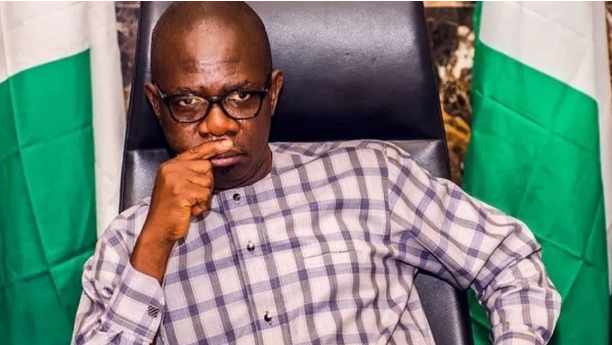 The embattled Deputy Governor of Ondo State, Agboola Ajayi has resigned his membership from the Peoples Democratic Party, PDP.

Ajayi’s resignation from the PDP was coming six weeks after he dumped the ruling All Progressives Congress, APC.

The deputy governor who came second during the July 22 governorship primaries of the PDP after losing to the candidate of the party, Eyitayo Jegede was said to have made the move in order to keep his governorship hope alive.

Agboola has perfected move to fly the flag of the Zenith Labour Party, ZLP at the forthcoming October 10, 2020 governorship election in the state.

According to an impeccable source, Ajayi will on Tuesday formally declare for ZLP.

Confirming the deputy governor’s resignation from PDP, his Media Aide, Allen Sowore said that, “This decision is as a result of the call on the Deputy Governor by majority of the good people of Ondo State to give hope to the hopeless, provide credible and purposeful leadership in our dear State.

“The chairman of the PDP in Apoi Ward 2 of Ese-Odo Local Government Area, Festus Oboro acknowledged the receipt of the resignation letter on 9th of August 2020.”

The embattled deputy governor who has been having running battle with his boss, Governor Oluwarotimi Akeredolu had insisted that he will not resign his position as deputy governor, stressing that his people advised him against the move.