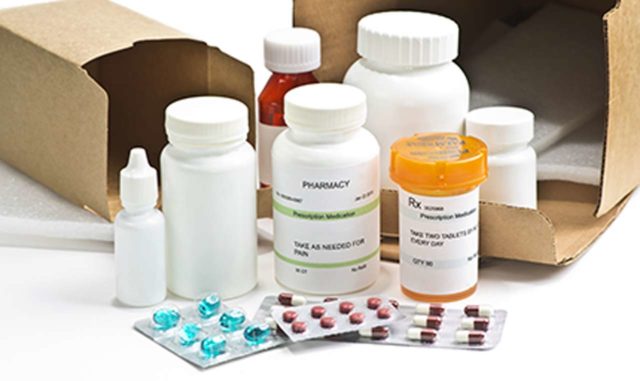 African Union joins the rest of the world in commemorating the International Day against Drug Abuse and Illicit Trafficking also known as the World Drug Day.

HE Amira Elfadil, AU Commissioner for Social Affairs, participated at a high level commemorative global event held today during which the World Drug Report 2020 was launched.

Commissioner Amira Elfadil, on behalf of the AUC Chairperson, H.E. Moussa Faki Mahamat, said the problem of drugs transcends all of Africa’s five regions. Africa has not only become a major transit route in the global trade in narcotics, but also a major consumer and producer. To make matters worse, Africa’s growing youth population, coupled with high unemployment, has seen a surge in the number of young drug users.

“In the coming months, it is imperative for Africa to address drug use and illicit trafficking more rigorously to mitigate the overall impact of COVID 19 on health and the economy. The African Union will provide whatever support it can to help African Governments in this endeavour,” emphasized Commissioner Amira Elfadil.

Through the African Union Plan of Action on Drug Control and Crime Prevention (2019-2023), the African Union continues to promote a multi-sectorial and integrated approach to drug control cognisant of global challenges relating to drugs including health, socio-economic wellbeing, crime, terrorism and security in Member States.

The new framework is also informed, inter alia, by: the three international drug control conventions; the Common African Position for the 2016 United Nations General Assembly Special Session (UNGASS); and earlier declarations and decisions of the Conference of African Ministers in Charge of Drug Control, and more recently, the Specialized Technical Committee on Health, Population.

Key achievements by the African Union in the area of drug control:

The establishment and strengthening of national drug use epidemiology systems in 30 African Union Member States.
The establishment of the Pan African Epidemiology Network on Drug Use to systematically collect and disseminate comparable data on drug use and related problems in the African region with the aim of improving availability of evidence to assist Member States and AU policy organs in formulating progressive policies and programmes on prevention and treatment of drug use disorders in Africa.
In prevention and treatment:

The rolling out of Regional Masters’ training on Drug Demand Reduction using the Universal Treatment Curriculum for substance use disorders.
Production of the African Union’s first Compendium of Best Practices in the Prevention and Treatment of Substance Use Disorders, and the
Implementation of the African Union Continental Minimum Quality Standards for Drug Treatment (2012).
As far as availability of and access to controlled substances for medical and scientific purposes is concerned, African Union Member States have been implementing the Common African Position on Controlled Substances and Access to Pain Management Medication (2012).

In line with the Common African Position submitted for UNGASS 2016, on the world drug problem, the African Union continues to advocate for evidence-based responses to the health and social harms related to drugs with respect for human rights at the centre.

In order to improve evidence, in line with Word Drug Day 2020 theme “Better Knowledge for Better care”, the African Union established an Expert Working Group on Cannabis and efforts are underway to come up with a common Africa Position and understanding to inform national policies.

The African Union Commission has further strengthened strategic partnerships and collaboration with a network of continental and international partner organizations to promote research and application of evidence-based services practices to prevention and treatment interventions, as well as the development of a cadre of professionals in substance use prevention, treatment and recovery in Africa. In this regard, the Commission has developed a network of African Universities engaged in the design and implementation of academic curricula and programmes in addiction studies.

Distributed by APO Group on behalf of African Union (AU).