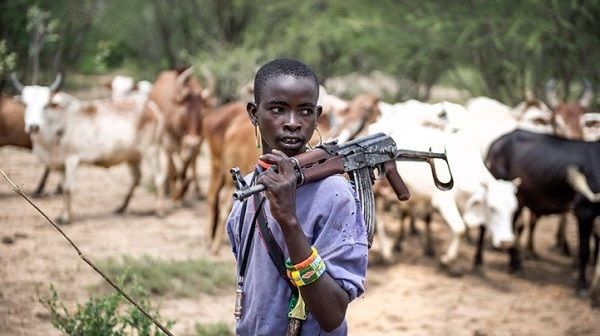 Over 40 people have died and an unknown number were abducted in a series of renewed attacks by armed men of Fulani ethnicity on three areas in the southern part of Kaduna state, Nigeria.

According to a CSW source, 36 people were killed, scores were injured and homes and properties were destroyed in the Malagum 1 and Sokwong communities of the Kagoro Chiefdom in Kaura Local Government Area (LGA) in a night attack on 18 December in which Sokwong was reportedly burnt to the ground. Three people had reportedly been killed in Malagum 1 in an attack that occurred around five days earlier.

In a worrying comment on the latest incidents, the Speaker of Kaura LGA, Hon Atuk Stephen, pointed out that attacks in the area “have been consistent and multi-dimensional with efforts of the security operatives and government not seen or felt” and called on the federal government and security agencies to redouble their efforts to address the renewed spate of attacks.

Elsewhere, one person was killed, two were injured and an unknown number were abducted in an attack on Ungwan Bawa village in Kachia LGA in the early hours of 16 December. Among those abducted were the wife and children of the Evangelical Church Winning All (ECWA) leader, Rev Yusuf Gan, who was assaulted severely in front of them before they were taken away along with others.

Four men were killed and an unknown number of people were injured or abducted in successive attacks on the Kamuru community in the Ikulu Ward of Zangon Kataf LGA that occurred on the evenings of 12 and 13 December. The casualties were named as William Stephen (28), Francis Ishaku (18), Neyu Micah (27), and Yohanna Augustine (27). Mrs Uloma Eze Nnemeka, a newlywed, was reportedly among those abducted.

CSW Founder President Mervyn Thomas said: ‘We extend our deepest condolences to all who have lost loved ones in these attacks, and stand in solidarity and prayer with those who await the return of abducted family members. We echo the concerns of Hon Atuk Stephen regarding the seeming inability of both levels of government to bring an end to violence which has increased exponentially during their respective tenures, and which will remain a damning indictment of their time in office. These renewed attacks are occurring in the run up to the Christmas holidays, raising concerns of a possible campaign to disrupt the festive season in this predominantly Christian area. We urge the authorities to act now to ensure that security measures are in place for communities celebrating Christmas in their homes and churches, and that communities that have already been targeted do not suffer repeated terrorist raids.’

In other news, on 16 December an Upper Shari’a Court at Kofar Kudu in Kano state sentenced an Islamic cleric and scholar to death by hanging for blasphemy.

Sheikh Abduljabbar Nasiru Kabara, the son of a former leader of the Qadariyya Islamic Movement in West Africa, was alleged to have committed blasphemy on 10 August 2019, 25 October 2019 and 20 December 2019 in a sermon at his two mosques on one of the prophet’s marriages, which he also posted on Facebook. The sheikh was arrested at his home in Kano and arraigned on 16 July 2021 on charges of blasphemy and incitement.

As well as handing down a death sentence, the presiding judge, Ibrahim Sarki Yola, also ordered the state government to seize the two mosques where the sheikh is alleged to have made the comments that were deemed blasphemous, and that 189 books which he had presented in his defence should be placed in the Kano State Library for public use. Judge Yola also warned all media to stop using, broadcasting or otherwise distributing any of the sheikh’s teachings, or face prosecution.

Sheikh Kabara, who maintains his innocence and insists his comments were made to protect the prophet, objected to his counsel’s plea for leniency, and was given 30 days in which to appeal.

Mr Thomas continued: ‘We are dismayed that once again a Kano state court has passed a death sentence against a member of a minority Muslim community, further violating his right to freedom of religion or belief by ordering the seizure of houses of worship and of religious literature. We call for this ruling to be overturned and urge the federal authorities to enact measures to bring the laws and practices of individual states into conformity with the federal constitution, and with Nigeria’s obligation under international law to promote, protect and fulfil the right to freedom of religion or belief for people of all faiths and beliefs.’