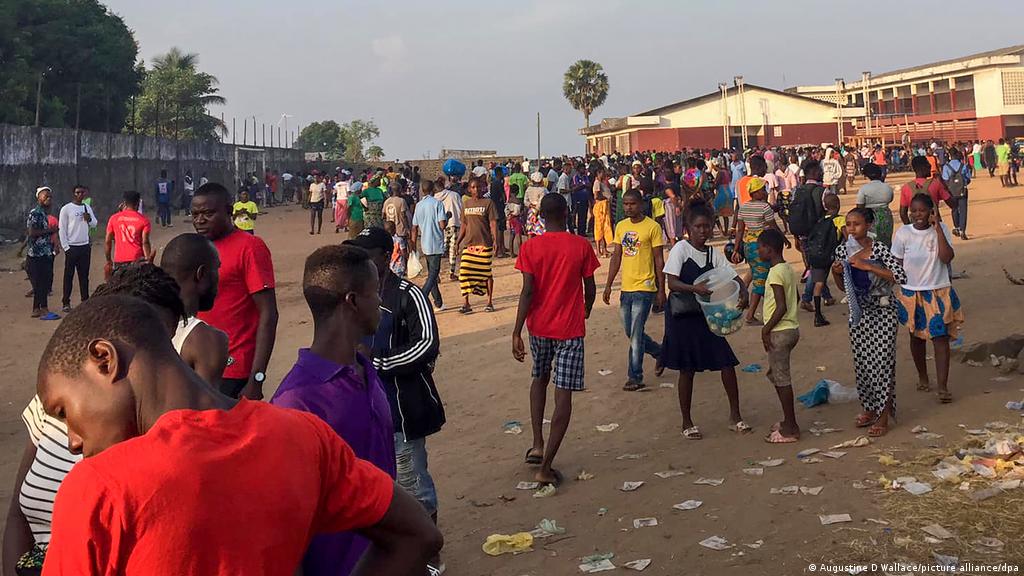 The incident occurred during an all-night Christian worship event at New Kru Town, a neighbourhood on the outskirts of the capital, Jalawah Tonpo said some are on the critical list,” Tonpo said, calling into state radio from a nearby hospital. “This is a sad day for the country.

Exodus Morias, a resident who attended the event, said the stampede began after a group of armed men rushed the crowd in an attempt to stage a robbery.

“We saw a group of men with cutlasses and other weapons coming toward the crowd,” Morias said. “While running, some people dropped and others fell on the ground and walked over them.”

Police spokesman Moses Carter declined to comment on what caused the incident. He said an investigation is under way.

He said the Liberian Red Cross and Disaster Management Agency had been called in to assist victims, his office said.

Abraham Kromah, leader of the Church of Apostle that organised the crusade regretted the deaths.

Kromah, in a message, said many of the victims were on their way home from the crusade.

“More Grace International Ministries says that they are helping the Liberia National Police to conduct an investigation and they are making efforts to reach out to the bereaved families”.
Liberia Church Stampede
Share. Facebook Twitter Pinterest LinkedIn Tumblr Email WhatsApp