The Bishop of the Catholic Diocese of Gboko, the Most Reverend William Avenya has suspended a Priest in the Dioceses, Reverend Father Hyacinth Alia from Public Ministry for getting involved in partisan politics. 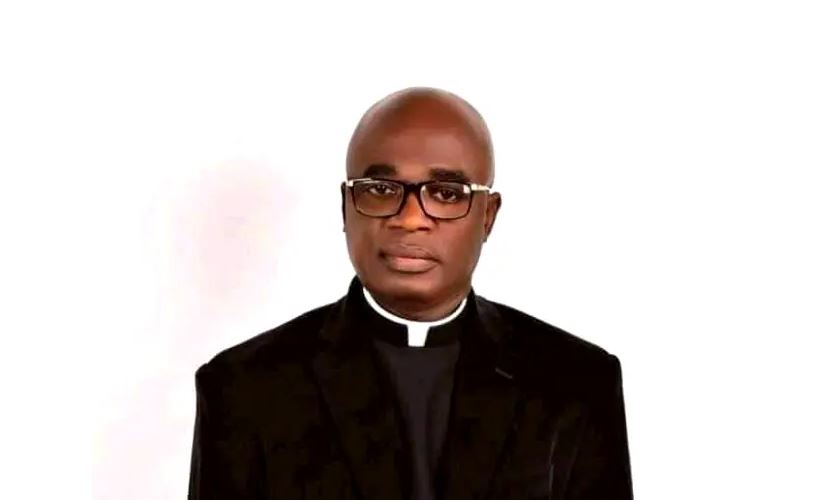 The suspended Priest is a Benue State gubernatorial contender on the platform of the All Progressives Congress, APC.

His suspension was contained in a letter to all the Priests, Religious and Laity, Catholic Dioceses of Gboko, dated May 20, 2023, and signed by the Bishop titled, “Suspension of Rev. Fr. Hyacinth Iormem Alia from Sacred Ministry.”

Part of the suspension letter read “I write to communicate to you the suspension of my priest, Revd. Fr. Hyacinth former Alia from public ministry after a series of admonitions to him.

“The Mother Church does not allow her clerics to get involved in partisan politics on their own. You are aware that my son, your brother, and your priest have purchased the party forms to contest for the Office of the Governor of Benue State under the All Progressives Congress (APC), which is totally against our vocation.

“Therefore, to respond to the spiritual and pastoral needs of the Church in the Catholic Diocese of Gboko, I have suspended him from the exercise of the sacred ministry.

“This canonical suspension takes effect from the moment it is communicated to him and lasts until he ceases from contumacy.”

But reacting to the suspension of the Priest, the Head of Media and Publicity, Alia 2023 Gubernatorial Organization, Mr. Kula Tersoo in a statement described the development as “a normal practice of the church.”

Mr. Tersoo in the statement said “Rev. Fr. Hyacinth Alia wishes to inform members, stakeholders and leaders of the APC family in Benue state that the suspension order pronounced on him by His Lordship, the Bishop of Gboko Catholic Diocese, William Avenya, is a normal practice of the church. He is implicitly officially freed to go on fully with his strides to rescue Benue from total collapse.

“Recall that Rev. Fr. Moses Orshio Adasu of blessed memory who served as the second Executive Governor of Benue state went through the same process. His footprints are visible for all to see.

“He said that as stated clearly in the letter of suspension, he is only suspended from celebrating public Eucharistic Masses, but he remains a priest of the Catholic Church forever. After his tenure ends in public civil service, he shall resume his public Masses and Ministry.”

Quoting the Priest, the Media Aide said, ‘from the day I took the decision to answer the overwhelming calls of my people to contest the Governorship of Benue with the aim to rescue our people from the shackles of maladministration, I was fully aware of the sacrifice I was going to make.

‘And I am convinced that it is worth the cause I am fighting to serve the souls of Benue people and the State. I have freer leverage to give more time to achieve this pursuit.

‘I remain resolute and please don’t be anxious either because I am well prepared and focused. More importantly, I am more charged because I have seen the genuineness in the agitations for me to step in and help salvage the already sorry situation the state has found itself for some time.”

‘As stated in the last paragraph of the suspension letter, I shall return to the public pulpit after I must have served out my mandate as the Governor of Benue state’.