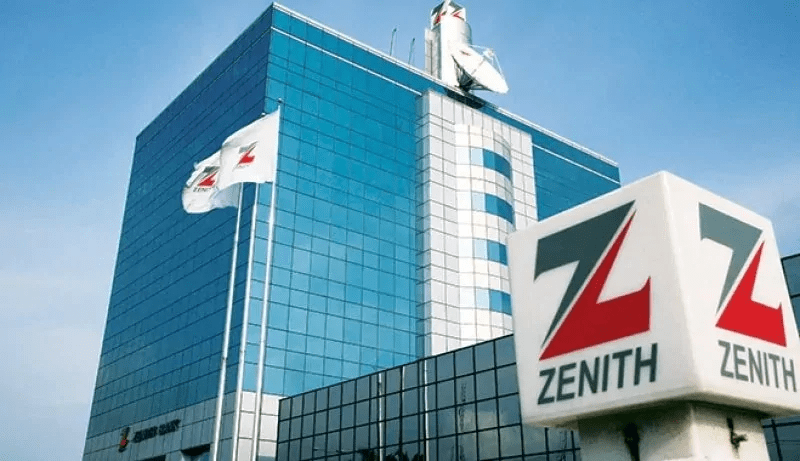 Zenith Bank Plc has emerged as the Best Bank in Nigeria in the Global Finance Magazine’s Best Banks Awards 2021, retaining the award for a second consecutive year.

The bank was among other banks from 35 countries in Africa recognised as the United States magazine announced its 28th Annual Best Bank Awards Winners in Africa.

According to a statement, editors of the magazine made the selections after consultations with corporate financial executives, bankers, banking consultants and analysts worldwide.

In selecting the bank, Global Finance considered factors that ranged from the quantitative objective to the informed subjective in selecting these top banks.

Subjective criteria included the opinions of equity analysts, credit rating analysts, banking consultants and others involved in the industry.

Global Finance’s “Best Banks Awards” are recognised amongst the world’s most influential banking/finance and corporate professionals as the most coveted and credible awards in the banking industry, with winners chosen in 150 countries and territories across Africa, Asia Pacific, the Caribbean, Central America, Central & Eastern Europe, Latin America, the Middle East, North America and Western Europe.

Founded in 1987, Global Finance regularly selects the top performers among banks and other financial services providers and the awards have become a trusted standard of excellence for the global financial community.

According to the publisher and editorial director of Global Finance, Mr. Joseph Giarraputo, “This year’s evaluations are more important and valuable than at any point in their 28-year history, given the unprecedented economic conditions wrought by the global pandemic.

“Banks are playing a key role in economic recovery around the world, and as such, our Best Bank awards highlight the leaders in restoring growth and mapping a way forward.”

Commenting on the recognition, the Group Managing Director/Chief Executive of Zenith Bank, Mr, Ebenezer Onyeagwu, said: “This award is a strong indication of our resilience despite a very excruciating macroeconomic environment exacerbated by the COVID 19 pandemic.”

He added that the award was made possible by the joint contributions of the bank’s key stakeholders – the Group Chairman, Jim Ovia, for his pioneering and foundational role in building the structures and laying the foundation for an enduring and successful institution; the board for the deep insights and outstanding leadership they provide; the staff for their commitment, doggedness, creativity and outstanding talents as well as the bank’s customers for their continued support and loyalty.

“Zenith Bank has remained a clear leader in the Nigerian financial services industry, distinguishing itself through unique customer experience and sound financial indices.

“The bank is also the pioneer in the digital space with several firsts in deploying innovative products and solutions that ensure convenience, speed and safety of transactions,” it added.

Consistent with this superlative performance and in recognition of its track record of exceptional performance, Zenith Bank was voted as Bank of the Year (Nigeria) in The Banker’s Bank of the Year Awards 2020, Best Bank in Nigeria in the Global Finance World’s Best Banks Awards 2020 and Best Corporate Governance’ Financial Services’ Africa 2020 by Ethical Boardroom. Also, the bank emerged as the Most Valuable Banking Brand in Nigeria, for the fourth consecutive year, in the Banker Magazine “Top 500 Banking Brands 2021” and Number One Bank in Nigeria by Tier-1 Capital in the “2020 Top 1,000 World Banks” ranking published by The Banker Magazine.

Similarly, the bank was recognised as Bank of the Decade (People’s Choice) at the ThisDay Awards 2020, Retail Bank of the year at the 2020 BusinessDay Banks and Other Financial Institutions (BOFI) Awards, and Best Company in Promotion of Good Health and Well-Being as well as Best Company in Promotion of Gender Equality and Women Empowerment at the Sustainability, Enterprise and Responsibility (SERAS) Awards 2020.