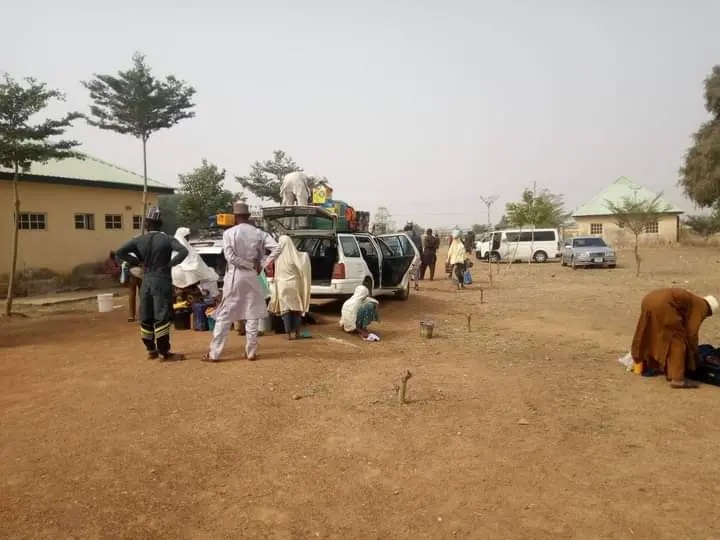 Journalists narrowly escaped being lynched at Jangebe, a Zamfara community where about 500 schoolgirls were kidnapped on Friday.

The journalists were attacked when they arrived the community for reports on the abduction.

The angry mob attacked two vehicles conveying journalists from Daily Trust, NAN, AIT, TVC, Channels and an online media Thunder Blowers whose cameraman was seriously wounded on his forehead and was rushed to Gusau, the state capital for treatment.

Trouble started when the visibly disturbed and angry residents sighted the vehicles conveying the journalists.

They began to throw stones and other dangerous objects at the vehicles which some youth said should be set ablaze.

The drivers of the vehicles conveying the journalists had to quickly zoom off with some of their windscreens smashed.

The convoy of the state commissioner for security home affairs was reportedly pelted with stones when he visited the area.

Reacting to the development, the state commissioner of police Mr Abutu Yaro, appealed for calm, saying expression of anger is unhelpful.