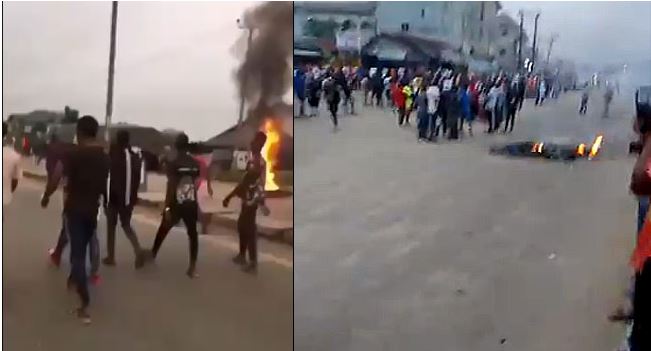 Youths in Rukpoku and Rumuodomayah communities in Obio Akpor Local Government Area of Rivers State have occupied the street in protest following the killing of a commercial tricycle operator popularly known as Keke Marwa.

Eyewitnesses said trouble started on Thursday morning when a policeman around Rukpoku asked the Keke driver for an N100 bribe which the driver could not provide.

The police officer was said to have fired a shot directly at the driver killing him on the spot.

The death of the tricycle operator provoked the youths and other members of the community who set bonfires on streets in protest.

The protest in Rukpoku snowballed into a full-blown riot and spread to the neighboring Rumuodomaya community.

Another person has been reported shot dead following confrontations between the protesting youths and the police.

Rivers State Police Public Relations Officer Nnamdi Omoni who confirmed the incident to Channels Television said the report is still sketchy as at the time of this report.

Omoni said police are on ground to restore normalcy and promised to get back to our correspondent with full details on the incident.