UNN To Conduct SUG Election This Year Via Electronic Voting 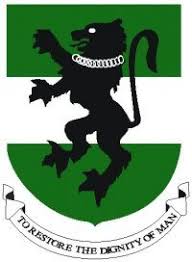 The University of Nigeria Electoral Commission (UNECO), Nsukka campus has finally fixed a date for the Students Union Government (SUG), election in the New Year.

The process for the long awaited election has been slated for Monday, January 6, 2020. The election would be for posts into hall government, house of representatives, senate and student union executive council.

However, unlike past elections that were done manually, the upcoming election would be electronically conducted. Registration of voters at faculty level has been scheduled for the 6th of January Election into hall government has been scheduled to hold on the 20th of January 2020, and the main election for senate, house of reps and Excos will hold on the 13th of February 2020.

In the published timetable, all election processes from registration to swearing in and retreating would end on the 23rd of February 2020.
Reacting to the new development some of the students of the school expressed their heartfelt gratitude to the present SUG Excos as they expect a successful election.

Favour Okoroafor, while lauding the current SUG president, Chimezie Fortunatus, said: “I really wish to express my gratitude to the incumbent SUG president for his dedication to duties. He showed great concern to the affairs of the students as well as their wellbeings.” Kevwe Tega, on his part, said he is so happy that the long wait is finally coming to an end. “At least we would stop receiving annoying broadcast campaign messages. I’m so happy that we are finally having an election because we were scared about how we were supposed to cope without students representatives since the incumbent executives are now graduates.”