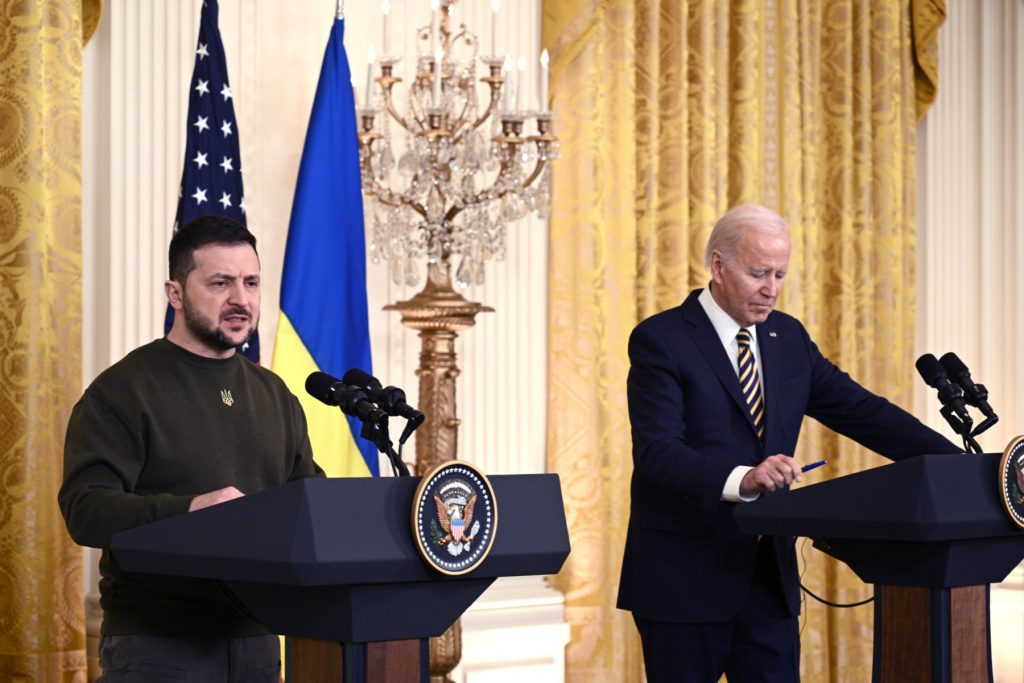 Ukraine’s President Volodymyr Zelensky on Friday thanked Washington for a massive new package of arms and munitions for Kyiv with Western allies set to discuss further military aid to the war-torn country.

“Thank you” US President Joe Biden for providing Ukraine “with another powerful defense support package worth $2.5 billion,” Zelensky wrote in English on Twitter.

The Ukrainian leader hailed the Stryker armoured personnel carriers, Bradley Infantry Fighting Vehicles and Avenger air defence systems included in the package as an “important help in our fight against the aggressor”.

Addressing the gathering at Ramstein Air Base in Germany by video-link, Zelensky said partners needed “not to bargain about different numbers of tanks but to open that principal supply that will stop evil”.