Two robbers to die by hanging 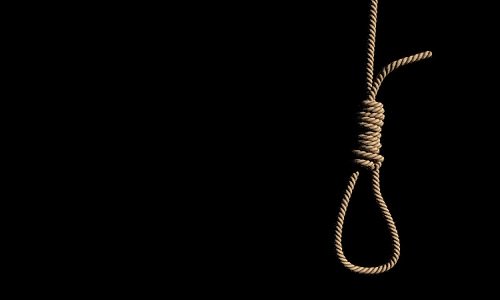 AN Osun State High Court sitting in Ila-Orangun presided over by Justice Jide Falola has sentenced two persons to death by hanging for armed robbery.

The convicts, Ayodeji Adeleke and Abiodun Oyedunmola, were first arraigned on May 24, 2019 for conspiracy and armed robbery.

Prosecution Counsel from the Ministry of Justice, Muyiwa Ogunleye, said, “the convicts on 9th December 2015 and 28th March 2016 robbed one Pastor Afolabi of his properties using a gun in Ila-Orangun.

“They also robbed Mr Bayepade Olubunmi on 3rd of April 2016 and One Owonifari Muiydeen was also attacked on 14th April 2016 in Ila using a gun.”

The prosecutor called five witnesses and tendered 11 exhibits, including a confessional statement of the convicts, a gun and two phones.

Justice Falola said the prosecution counsel proved his case beyond reasonable doubt and sentenced the convits to life imprisonment for conspiracy, and death by hanging for armed robbery.