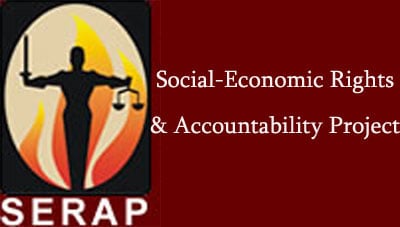 Share
Facebook Twitter LinkedIn Pinterest Email WhatsApp
The Socio-Economic Rights and Accountability Project has sued the Federal Government and the Minister of Information and Culture, Mr Lai Mohammed, at the Federal High Court in Abuja over the directive to all broadcast stations in the country to suspend the use of Twitter.

The National Broadcasting Commission had given the directive following the suspension of Twitter operations in Nigeria by the Federal Government over alleged use of the platform for activities the government said were capable of undermining the existence of Nigeria.

In the suit filed on behalf of SERAP by its lawyers Kolawole Oluwadare, Kehinde Oyewumi and Opeyemi Owolabi, the body urged the court to stop the Federal Government and Mohammed from using “their patently unlawful directive to all TV and radio stations not to use Twitter, and to delete their accounts as a pretext to harass, intimidate, suspend or impose criminal punishment on journalists and broadcast stations simply for using social media platforms.”

The group, in the suit number FHC/ABJ/CS/496/2021, sought an order restraining the government of the President, Muhammadu Buhari, the NBC, and Mohammed and any other persons from censoring, regulating, licensing and controlling the social media operations and contents by broadcast stations, and activities of social media service providers in Nigeria.

SERAP also sought “an order setting aside the directive by NBC and Mr Lai Mohammed asking broadcast stations to stop using Twitter, as it is unconstitutional, unlawful…”

The group argued that the present administration had consistently made policies and given directives to “crack down on media freedom, and the rights of Nigerians to freedom of expression and access to information, and to impose crippling fines and other sanctions on broadcast stations without any legal basis.

SERAP further sought, “A declaration that the provision of section 2[1][r] of the National Broadcasting Act and sections 5.6.3, 5.11.3 of the Nigeria Broadcasting Code, being inconsistent and incompatible with sections 36[1], 39 and 22 of the Nigerian Constitution, Article 9 of the African Charter on Human and Peoples’ Rights and Article 19 of International Covenant on Civil and Political Rights are null and void to the extent of their inconsistency and incompatibility.

“A declaration that the NBC and Mr Lai Mohammed lacked the power and authority to unlawfully impose penalties such as fines and other sanctions on any journalists and broadcast stations for using Twitter and refusing or failing to deactivate their Twitter handles.”