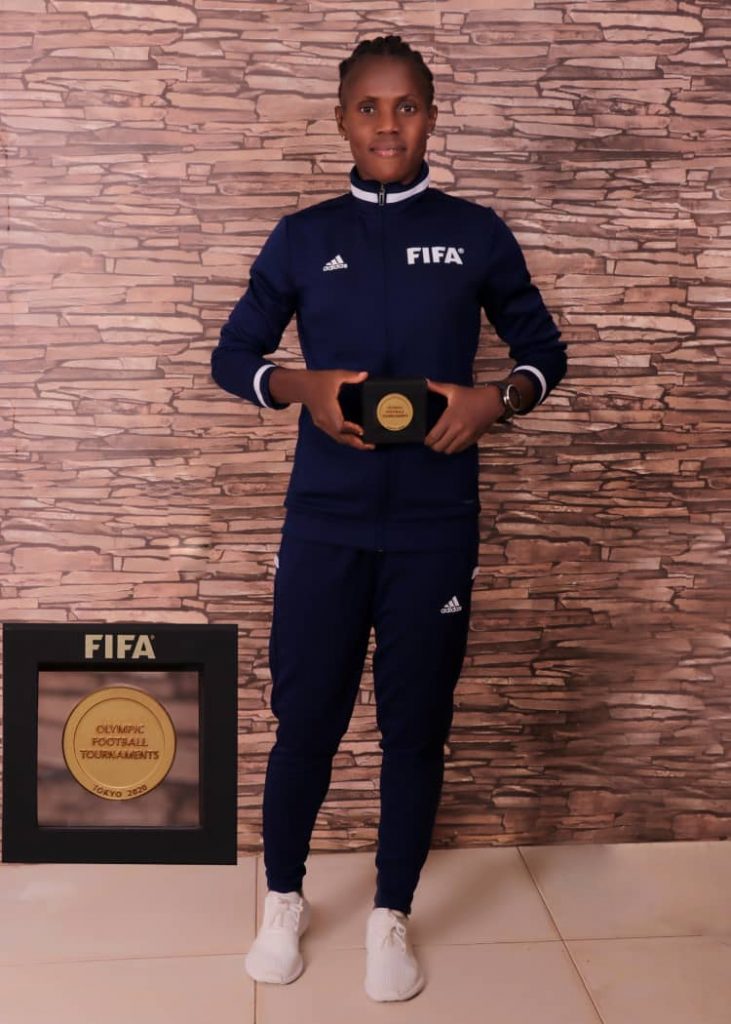 Madu who is a FIFA project for development was appointed as an understudy for the Tokyo Olympics Games but had the unprecedented privilege after passing all the fitness and medical tests to be given the privilege of officiating in three matches as a fourth official during the games.

She was among the last 15 women technical/match officials remaining after the group stages as other officials departed their various countries as the games progressed.

Patience Madu who got her FIFA badge in 2018 has shown tremendous growth and ability to interpret the rules of the games in the various FIFA/ CAF engagements involved in.
She is an Elite A referee representing Enugu state referee council and has almost rounded up her PhD from the University of Nigeria.