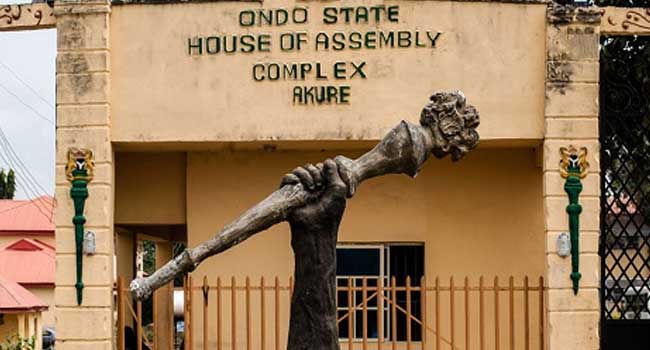 Some suspected thugs have stormed the premises of the Ondo State House of Assembly.

The men who arrived in various vehicles stationed themselves across the entire premises.

Channels Television gathered that the said thugs besieged the Assembly Complex in a bid to prevent some lawmakers who were previously suspended from entering the House.