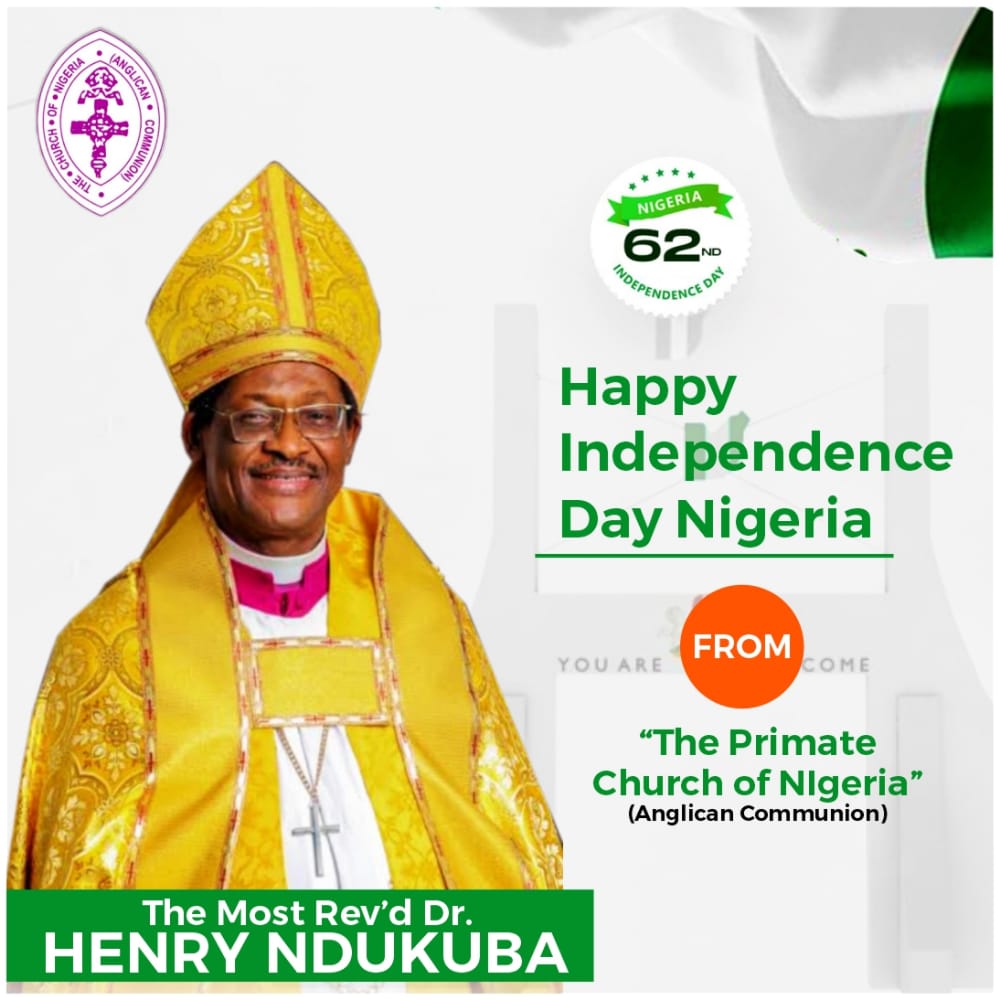 Addressing the congregation during 62nd Independence Anniversary Special Service at the Cathedral Church of Advent Life Camp Abuja, Most Reverend Ndukuba said for God to restore the nation’s glory, Nigerians must fully participate and contribute towards the peaceful conduct of the polls.

According to him, manipulation of electorates must be put to an end and citizens must also mobilize themselves for a new breed of leadership for the country.

The Archbishop emphasized the need for the Federal Government to check the ongoing looting of National Resources by some unpatriotic persons.

According to him, looting has increased the level of poverty, inflicting pains on ordinary citizens.

The Cleric also stressed for new economic policies to address high cost of living and the increasing number of unemployed Youths in the country.

He expressed optimism that with fervent prayers and collective effort in bringing the needed change into the nation’s polity, God will return the lost glory of the country.

The 62nd Independence Anniversary Special Service featured Prayers for leaders at all levels, Divine Intervention for insecurity and other challenges in the country.

Senior Government officials, political leaders, house of clergy, Students from some invited schools, members of the Judiciary and the diplomatic Corps graced the service.