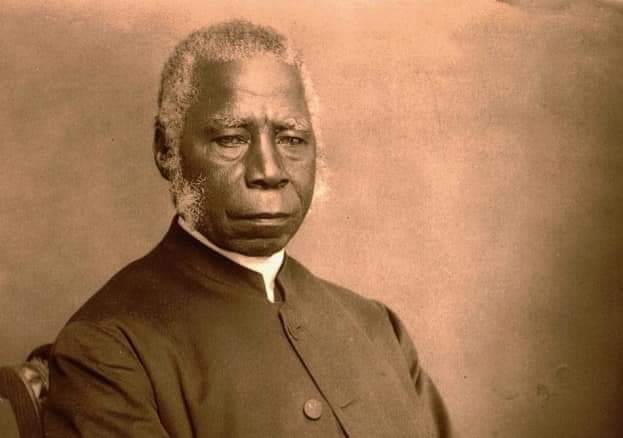 That’s my opinion. Bishops are not little popes or princes; they should loosely hold their office in the face of God’s sufficiency and not their own. The father of Anglicanism in Nigeria, Samuel Adjai Crowther, was the first African to be made a Church of England bishop on June 29, 1864. He was recruited kicking and screaming.

Crowther was kidnapped and sold into slavery by Muslim Fulani cattle herders when he was thirteen, the same Fulani tribesmen who are killing Christians today in NE Nigeria. After his release and conversion to Christ, Crowther became a great linguist, translator, scholar, and missionary teacher. He translated the Yoruba Bible and greatly influenced how the government’s viewed Africa and Africans in the 1800s.

So strong was he as a leader and with such commitment to Christ, that he was consecrated bishop despite great protests. Crowther protested himself! People who knew him described him as a very humble man, a simple evangelist, who only wanted the opportunity to tell others about God’s love for sinners. But in the end, he was finally convinced that becoming a bishop was God’s will for his life and for the church.

The policy of The Church Missionary Society under Bishop Henry Venn was to support and bless indigenous, self-governing, self-supporting, self-propagating churches. But despite Crowther’s passion for Jesus, and for all his achievements, Bishop Crowther’s mission was undermined and dismantled in the 1880s by racist white Europeans, including some of his fellow Anglican missionaries. When he died of a stroke in 1891, he was replaced by a white bishop.

The face of the Church of England is no longer white or English. It hasn’t been for a long time. In fact, there are 18-20 million Anglicans in Nigeria alone, compared to fewer than 3 million in the United States. And the locus of God’s activity in Anglicanism has changed from England and America to the two-thirds world with GAFCON (Global Anglican Futures Conference; www.gafcon.org).

Anglicans in America find their place in the worldwide Anglican Communion in relationship with how God is working so wonderfully in Africa – in our common commitment to the Anglican formularies – to theology, not a recently invented devotion to the Archbishop of Canterbury or by the vote of some bigwigs who call themselves the “Instruments of Unity.” Some of the Anglican revivals of the last 150 years have to do with the witness and ministry of Samuel Ajayi Crowther, a reluctant and powerful servant of God.

I once asked an African bishop friend how many congregations were in his diocese and he looked at me puzzled and then laughed. At that point congregations were springing up every week, sometimes every day, meeting under the eaves of houses and trees, and wherever people were hungry for God’s word.

By God’s grace, the future of the Anglican Communion is in the hands of humble and thoughtful leaders who are single-mindedly in love with Christ who loved them first, and who have a big view of a big God for what is possible in the power of the Holy Spirit.