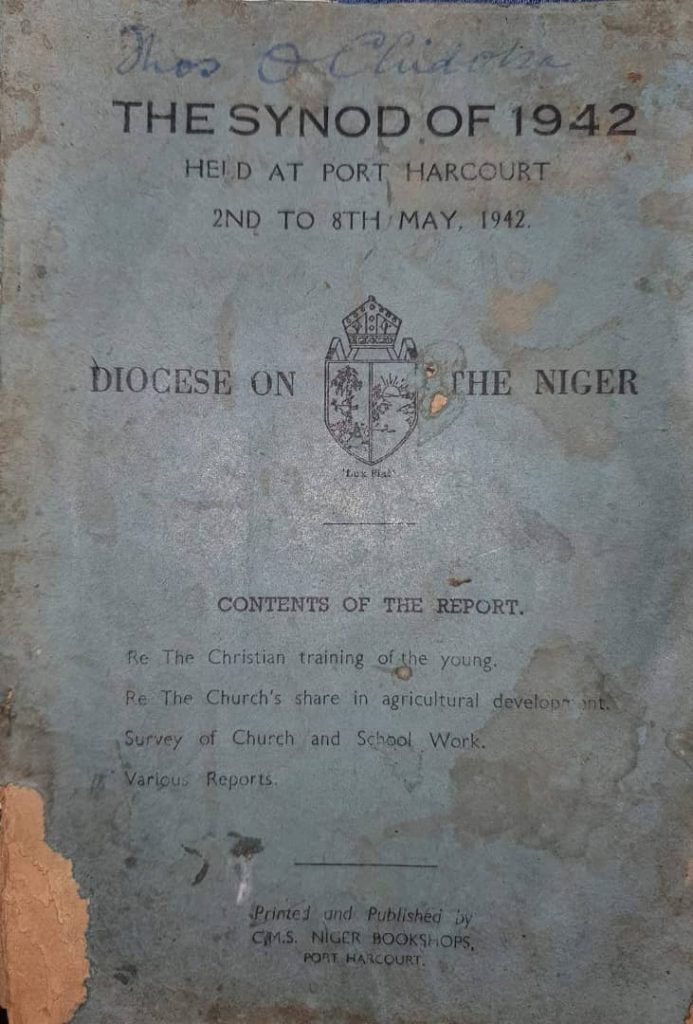 In May 1942, my grandfather Thomas Chidoka attended the Synod of the Diocese on The Niger at Port Harcourt. One of the books and papers I ‘inherited’ from him is a copy of the report of the Synod. 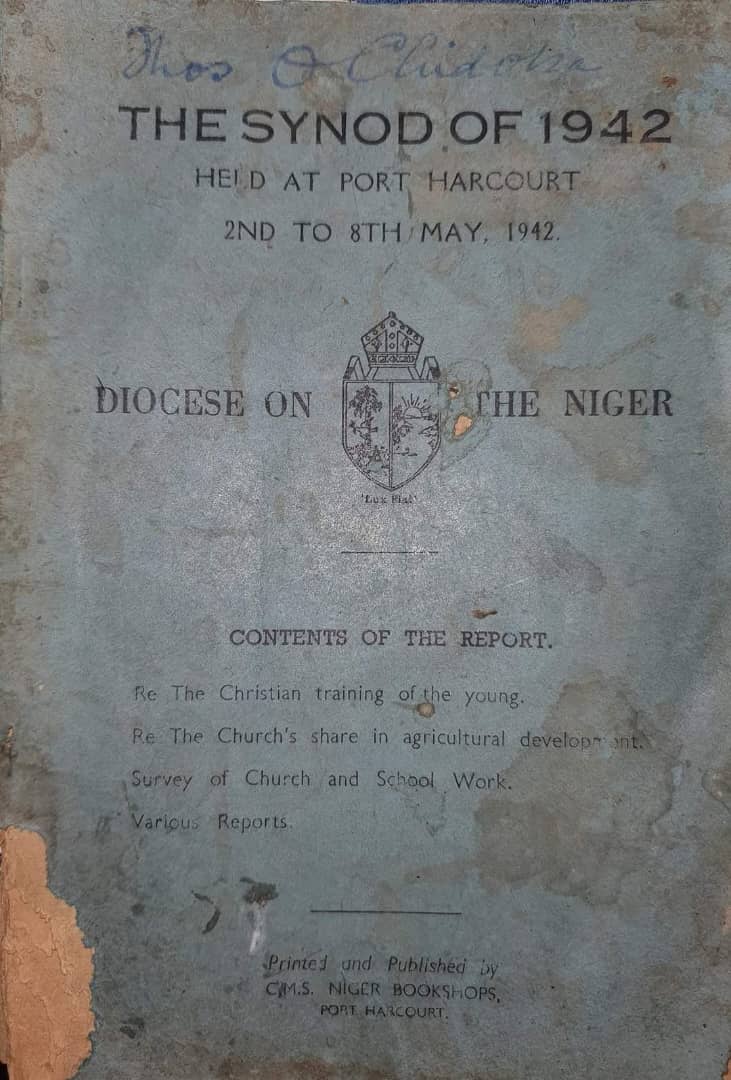 I use the word inherited advisedly as there was no formal bequest, my early inquisitiveness, and love of reading made me the inheritor of the small library on the bookshelf at the family house in Obosi.

Thomas Chidoka was an Anglican Catechist and Teacher. He finished primary school with distinction and was admitted to the Church Teacher Training College on scholarship. He died in September 1971 two months after my birth and less than a month after naming me Ositadinma. A name that expressed his hope and a prayer for a new beginning. I digress, I will tell that story another day.

The Diocese on the Niger stretched from Onitsha province to Warri and Port Harcourt Provinces. Essentially it covered most of the present-day South-East and South-South zones. The report of 1942 told an interesting story about the role of the church in the development of the region. It displayed the administrative competence and transparent and forward-looking leadership that was the cornerstone of the Church.

From the report, we learned that The Rt Rev. B Lasbrey was the Bishop of the Niger with two Assistant Bishops (Suffragan) The Rt Rev Onyeabo and Rt Rev. C. J. Patterson ( A dormitory at Union Secondary School Awkunanaw Enugu, my alma mater, was named after Patterson, I never knew who he was). The Synod emphasized the importance of Agriculture as it pondered on the question of the role of the church in such a material subject. The Synod noted some of the objections to Agriculture which included poor remuneration for farmers, manual work being despised and Animals destroying crops! Not much has changed.

In the Presidential Address, we learned that in 1941 the church raised about £74,000 (about £3.9M in 2022) in voluntary offerings, school fees, and government grants. The effort to build more secondary schools and to provide scholarships to the “best boys in character…. independent of the means at the disposal of their parents or guardians” was highlighted. The Bishop informed the Synod that the Ministry of Education had indicated that starting a new secondary school would require a minimum of £5,000 (£269,000 in 2022).

The supervisory role of the Education department and its planning capacity was very evident in the report. That supervisory and regulatory capacity is sorely lacking today in the various state Ministry of Education.

The church accounts were of interest to me as they had about £14,415 invested in stocks that included London Transport, Liverpool Corporation, Bank of BWA Ltd, War loan, and others. Of the total receipts, church contribution was £36,053, government grant was £10,895 and school fees were £24,077. A little over 50% of its revenue came from church contributions.

I learned, from the report, that there was a Teacher Training Centre at Obosi with 27 1st year students under 1941under the headship of Mr. Ahamba. Wonder what happened to the school?

In all, I found the Synod report revealing and a sad reminder of the gradual collapse of governance and progressive decline of manpower in the country. The Church in 1941 was a catalyst for development, both spiritual and material.

The church today is making progress but may need to review its history, learn from its past, redirect its present trajectory, if not in tandem with its historic mission and reimagine its future for continued relevance in a changing landscape.

The Church laid the foundation for yesterday’s growth, it developed manpower, provided services to the people, cured the disease of ignorance, and set us on the path of progress.

May we hold aloft that banner of progress and pass it on without stain. Amen.