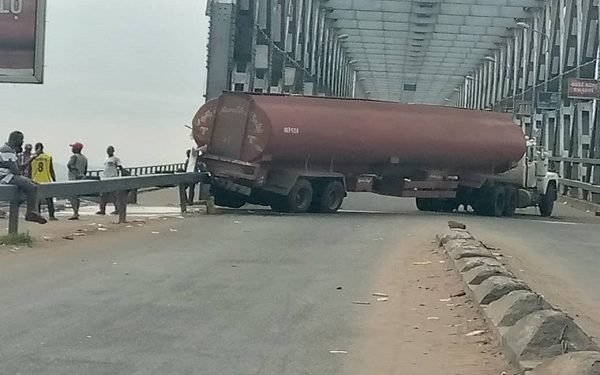 A petrol tanker has reportedly spilt its contents at the River Niger Bridge, Onitsha Anambra state.

The truck was said to have hit the edge rail of the bridge while attempting to make a U-turn on the bridge.

He said: “A petrol tanker has just hit the edge rail while attempting to make a U-turn on the River Niger bridge.

“Fuel from the tanker is spilling furiously. The Fire Service has been contacted and they are on their way to the scene. FRSC operatives are currently controlling traffic.