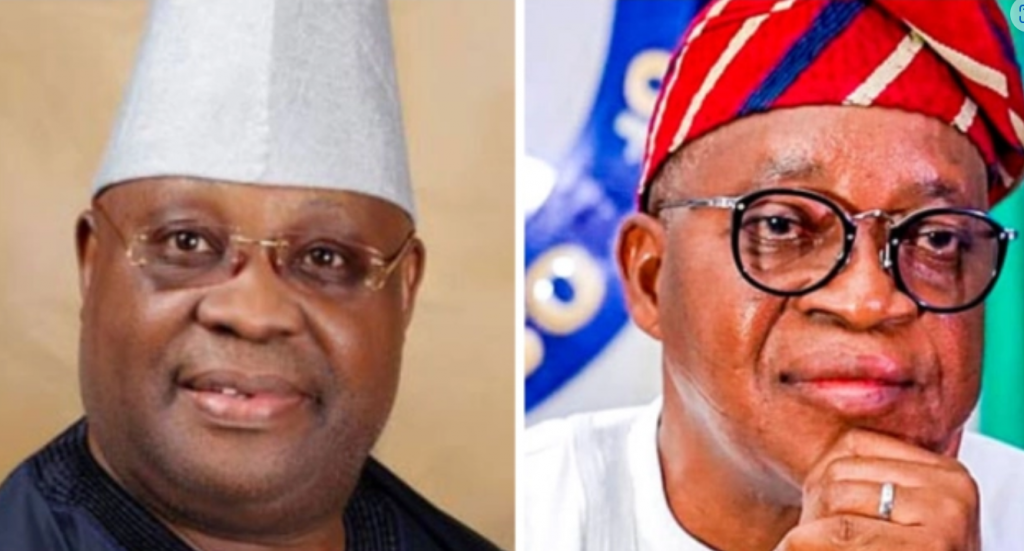 During a welcome prayer organised for him by All Progressives Congress (APC) leaders and supporters in the state capital earlier on Monday, Oyetola claimed God promised to return him as Governor of the state.

But in a statement, Adeleke through his spokesperson Olawale Rasheed Reminded Oyetola that there is life after losing an election, saying that Osun people have moved on and are now enjoying “a new government of openness, accountability, and responsiveness to yearnings and aspirations of the citizenry”

The statement read, “The holy books even noted that devil’s whispering is real and no one should mistake the voice of devil for God. Our Almighty God has spoken resoundingly in favour of a new Governor, Senator Ademola Adeleke. Mr Oyetola should better be reading ‘auzubilahi mina shaytani rajeem’ so he can hear the true voice of God – that a new leader is anointed by divine will for the Osun people.

“Osun has launched a new chapter. This new leadership has returned state power to the people who are now feeling the new air of government of the people, by the people, and for the people. Never will Osun be returned again to the years of locust”, the statement added.