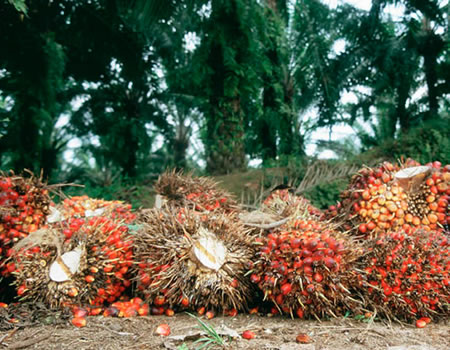 Stakeholders in the agricultural sector have asked the government and National Assembly to formulate policies and legislation that would regulate the sales and production of palm oil.

The Chairman Board of Trustees (BoT) of the National Palm Produce Association of Nigeria, (NPPAN), Chief Abiodun Adejo, while interacting with journalists in Abuja, said there was the need for palm oil to be graded before being sold.

He said the association was making plans to make a presentation before the National Assembly on the importance to gazette the product as an exportable commodity.

He said states or local governments where that palm oil is produced is expected to grade the product before moving it out to the market.

“So, this grading has to be legislated upon at the national level so that everybody will know that when you are selling the oil you are certified, that will also make the state and local government earn from the sales of palm oil.

“We will make sure that palm oil-producing companies’ key into the association goals and aspiration. The BOT will be able to bring in these big companies and let them know the advantages of working together.

“Our aim as the BOT is to make sure the National Assembly is able to gazette palm oil as a product that is an exportable commodity for the country.

“We will have to either make a presentation to the National Assembly, to make them see the benefit of palm produce that can generate enough foreign exchange rather than going into crude oil production,” he said.

Chief Adejo said the aim of the association is to make sure that palm is taken to the level that it can earn enough revenue for Nigeria, “and the only way it can be done is to make the federal government, the state and local government know that there is a lot of money that can be earned through palm production in Nigeria,” he noted.

He said no commodity can generate the money that could be generated from palm if supported by the government.

“Other countries believe that palm comes from west Africa, and if we own it, while should we be the one importing the product, we should be the one exporting it to everywhere in the world, and if we export it, a barrel of palm oil today is twice the price of crude oil which shows that the future of Nigerian depends on palm oil.

“The foreign exchange we get from palm produce is greater than any other products in this country, the only product that can compete with oil palm is rubber, but rubber is mono.

“So, it is an open market for us, we can explore a lot and we can develop Nigeria through palm produce,” he added.