South Africa Emerged The Winner Of The 2021 COSAFA Cup 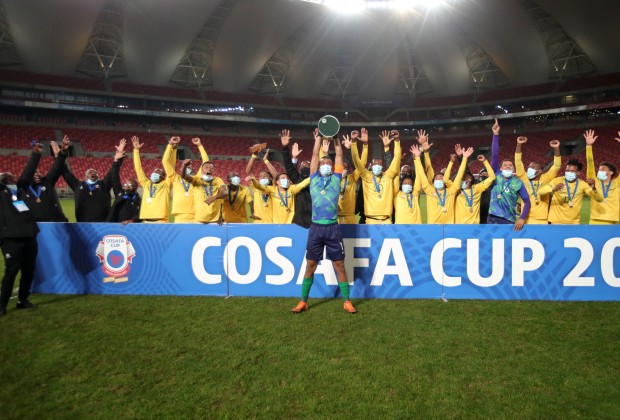 It was a remarkable performance by the Bafana Bafana who won their first COSAFA Cup since 2016 without conceding a goal, totalling the number of their title to five.

Not favourite to win the tournament based on their recent performances, AmaZulu midfielder Siyethemba Sithebe put up a good show in the final which earned him not just the man of the match for the final, but also the player of the tournament.

Captain Veli Mothwa won the Goalkeeper of the Tournament award after keeping a clean sheet in each of his five matches, while Bloemfontein Celtic star Victor Letsoalao won the Top Goalscorer gong after netting four times in the competition.

And the surprise team of the tournament, eSwatini added the Fair Play award to their third place bronze.