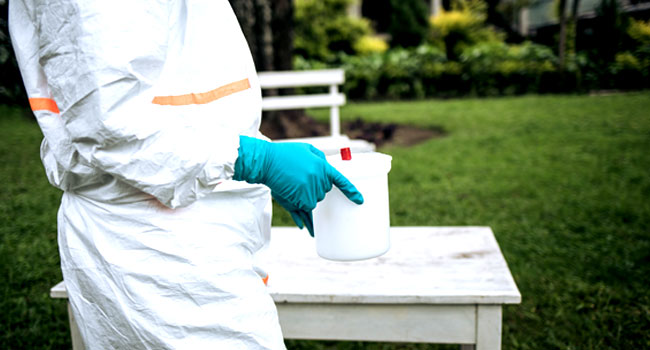 South Africa is ramping up its coronavirus screening and testing programmes, officials said on Monday, as the number of COVID-19 cases in the country rose to 2,272.

The country with the most recorded cases on the continent launched a public mobile mass screening and quarantine campaign just under two weeks ago.

It has trebled the number of field workers despatched to homes in villages, towns and cities across the country – from 10,000 to around more than 28,000, an official report showed.

More than 400,000 have been screened since the teams of field workers were deployed.

In all 83,663 people have been tested since the virus was first detected on March 5.

The number of deaths remains relatively low with 27 fatalities recorded so far.

Although South Africa has seen a steady rise in the number of confirmed cases, it remains under the global curve for infections and deaths.

Karim said even with more tests being conducted the numbers of infections have plateaued, especially since the lockdown imposed on March 27.

“What we have managed to do is to tame community transmission,” Karim said during a TV debate.

However, he warned that the country was likely to see an “exponential spread” of the disease.

“We cannot escape this epidemic,” he said.

He attributed the slow down in numbers to the lockdown and the mass screening and testing people before they call in sick at hospitals.

“We have chosen to be proactive, to go out there and do active case finding,” he said.