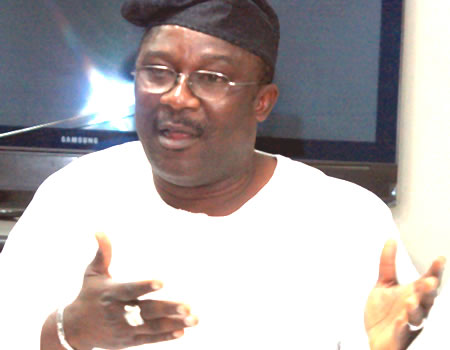 The leadership of the Senate Committee on Aviation, Senator Smart Adeyemi, has attributed the delay in the passage of the various aviation bills to the decision of the lawmakers to strike a balance between the 1999 constitution and what the aviation bills are seeking.

Besides the aviation bills, Adeyemi said the lawmakers were equally looking at how to accommodate calls from the Federal Airports Authority of Nigeria (FAAN) and other aviation agencies to be exempted from the payment of the 25 per cent internally Generated Revenue (IGR) into the coffers of the federal government.

Chairman, Senate Committee on Aviation, Smart Adeyemi, speaking on the sideline at a seminar organised by the League of Airports and Aviation Correspondents (LAAC) in Lagos, declared that the remittance of 25 per cent of the agency’s IGR to the federation account would be in conflict with the constitution of the Federal Republic of Nigeria.

His words: “I am a member of the Senate Committee on constitutional reforms and we would be meeting soon and some of these issues are what we would be looking at. We would be considering how we can make the agencies more effective by either reducing or out-rightly asking them to use some of the funds that they generate.

“We are looking at what can be done and that explains one of the issues why we have not passed the bills. But when we resume from our recess, we would take a final position on that and look at how we can strike a balance between the 1999 constitution and what the bill is seeking. But you know that in any situation where you have any law that is in conflict with the constitution, the constitution will take prominence.”

Presently, there are six aviation bills pending in the National Assembly seeking the amendment of some of the regulations governing the sector.

Smart while cautioning that the aviation sector could be in a precarious situation if the country did not have the enabling laws that would meet the standard of the modern-day industry, stated: “Aviation is not a sector that you leave for a year without looking at the enabling laws.

“They are all interwoven, so, if you don’t have the enabling laws that would meet the standard of the modern-day industry, then you will have the problem we are having now.

“However, the moment we get the six bills passed into law, there would be a new approach to management and oversight.”

According to him, the National Assembly had in the recent past not been very current with the issue of oversight but quickly added that his committee had recently carried out oversight visits about four times with a promise to visit the Murtala Muhammed Airport again and look at certain provisions in the budget to see which of them were being implemented.

“At the committee level, these actions are quite tasking because at the senate, you may have about 20 members but in the House of Representatives, you have about 50 of them.

“If you are moving 50 people on oversight visits, you know how tasking it is. This is why over the years the National Assembly has not been very effective in carrying out oversight functions in aviation. But that is changing.”

“In a nutshell, the issue of having the kind of aviation industry that we all aspire to have is for us to make sure that there is a good enabling environment emanating from good legislation and the resources that are required by the government to meet the requirements in that sector,” he added.