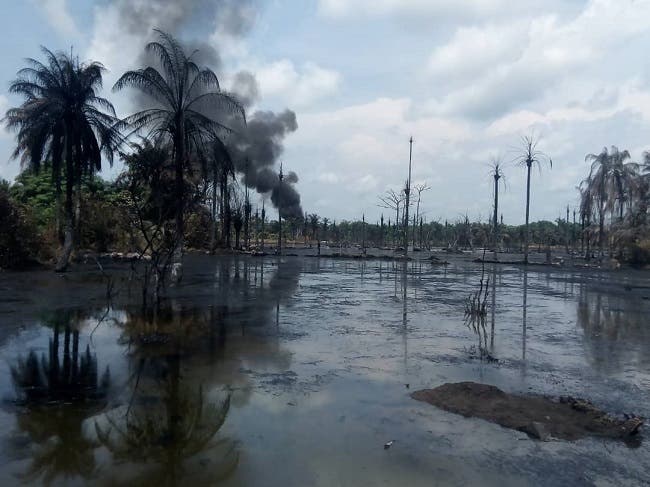 A facility of Shell located at Obiakpu-Egbema in Ohaji/Egbema Local Government Area of Imo State has been burnt by people suspected to be gunmen.

This occurred late Friday when the hoodlums stormed the place and set the facility ablaze. The inferno destroyed both oil pipes that supply oil to other locations and other equipment.

The destruction attracted the attention of the Special Adviser to the Governor of Imo State on Oil and Gas, Hon. Goodluck Nanah Opia, who visited the scene in the company of officials of Nigeria Petroleum Development Company, (NDP), and Fire Service personnel.

The former Speaker, Imo State House of Assembly and former House of Representatives member, who represented Ohaji/Egbema, Oguta and Oru West Federal Constituency expressed regret over the destruction of the facilities by hoodlums.

While assuring that he would look into the matter, Opia called on the Shell Company to fix the place back.

Meanwhile, the leader of the Fire Service team from the NPDC who refused to give his name blamed the attack on bunkering activities.

The Fire Service team who visited the facilities succeeded in containing the conflagration to a very moderate magnitude before leaving.