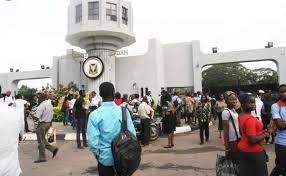 Mixed reactions have continued to trail the Sexual Harassment Bill recently passed by the senate ostensibly to check the increasing rate of the trend in the country’s tertiary institutions.

University lecturers were yesterday united in their opposition to the Bill, saying any law specifically targeted at a group when it should be for all citizens, is bound to fail. They wondered whether sexual harassment only occurs in the tertiary institutions to warrant such a law.

Immediate past chairman of the Academic Staff Union of Universities (ASUU), University of Ibadan chapter, Prof. Deji Omole, noted that sexual violence is a global problem and should be treated as such, adding: “It is unfortunate that we are at this level in this country. Is it that we don’t have enough laws in the system to handle such a matter that we now felt that the next thing to do is to specifically make a law to target some people?

“Every law should be for general application. Is it only in the tertiary institutions that we have cases of sexual harassment? It is a deeper problem, why should you now decide to criminalise a set of people? That law is bound to fail.
“In recent times, there have been so much reported cases of rape, sexual violence all over this country. It is not restricted to the university alone; it is a global problem. It is even more prominent in the work industry but most reported in the universities because tertiary institutions have the highest concentration of adults that are well informed.

“For every case that is reported in the university, there are tens of hundreds of cases not reported in the public. So, if there is a general problem, that should not be criminalised.”

Omole pointed out that sexual harassment is not towards ladies alone, as male students are also affected, noting: “There are even some female lecturers that harass male students. If you are making a law, it should be for general application.

“Besides, we have enough laws in this land to cater for such, what we are having is a societal problem, not lecturers harassing students. We are not saying it is not happening, but not of such high magnitude that would attract a specific law for lecturers in tertiary institutions.

“A crime is a crime, wherever or whoever commits it. When you now say it is only this category of people that the law should deal with, that law will fail,” Omole insisted.

To Prof. Chris Onalo, President and Chief Executive Officer of Postgraduate School of Credit and Financial Management, the Bill is necessary to drive some ethical discipline in the minds of university lecturers and non-academic staff.

But in dealing with that, Onalo said lawmakers should also see ways and means of controlling the social behaviour of the students, noting: “The appropriate punishment should be meted out to any lecturer that abuses female students and the ladies themselves must adhere to certain social codes that universities must enforce.

“The provisions should also be able to ensure that the lecturers interfacing with students would represent the university authority to checkmate the untoward appearances of ladies on campus.”

Meanwhile, the majority of students, who spoke to our correspondents, lauded the senate for the move, saying it would reduce the incessant harassment of female students by discouraging errant lecturers.

Ayeni Esther of the University of Ibadan said the proposed law would reduce the incessant harassment of female students, while Kolawole Esther from Adeyemi College of Education (ACE) in Ondo State said the Bill would discourage errant lecturers.

National President, National Association of Polytechnic Students (NAPS), Sunday Asuku, said though a welcome development, the Bill should not be used to witch-hunt lecturers, stating: “We want a situation where every case will be verified before an action is taken. The senate of any institution should be allowed to play its role.

“If there’s a mutual agreement between the student and lecturer, that should not be taken as sexual harassment. We are against sex-for-marks, but if it is mutual, such should not warrant a sanction.”

Lagos-based lawyer, Tony Odiadi, described the passage of the Bill as timely, saying it would go a long way in curbing abuse and predatory conduct of teachers, who take sexual access as an entitlement.

“Make no mistake, this is not a peculiar problem to Nigeria, as it is indeed noted as recorded in several institutions, including military and Police academies across the world.

“The difference is how each jurisdiction treats the cases; some sweep it under the carpet, while others pursue and prosecute the offenders to conviction. This is what this law will do in Nigeria. It has provided the legal framework to deal with it as a crime, without taking away the right of a civil action for damages. It defines conducts that constitutes harassment. There is room under Clauses 15 – 17 for institutional disciplinary measures. It provides clearly a penalty of 14 years upon offenders.

“One striking feature can be found in Clause 6: that consent by a student is not a defence. This is an interesting, albeit controversial, addition to our jurisprudence. Can an adult student, who consents to a sexual relationship with a lecturer, constitute ‘harassment,’ the sort of which is punishable? What happens to the doctrine of exculpability of conducts ‘by consenting adults’ when not in a homosexual situation? This is where the law may have slightly overreached itself. Many lecturers end up marrying their students from affairs that blossomed into such union. This law will criminalise any and all such affairs and unions,” he said.

Dr. Kayode Ajulo (SAN), an adjunct Law lecturer, Adekunle Ajasin University, Akungba-Akoko in Ondo State, charged lecturers to ensure optimum level of civilised behaviour when dealing with their students, saying the Bill is significant in a number of ways.

He decried the endemic culture of violation of the rights of students, adding that with the Bill, the country’s tertiary institutions can indeed become citadels of learning and character.

The Dean, School of Transport, Lagos State University (LASU), Prof. Samuel Odewumi, said the proposed law is a genuine effort at addressing an enduring societal malaise, adding: “For whatever may be the errors of omission or commission in the law, it cannot be said that there is no sexual harassment in our tertiary institutions.

“What I will suggest is that if there are clauses that can put innocent lecturers under the blackmail of lazy wayward students, our law professors should timeously point them out for amendments. No doubt, there are some grey areas that need the attention of good draftsman to scrutinise and offer suggestions for improvements.

“The point that the lawmakers themselves are not above board in sexual harassment is denying the fact that the power of a lecturer over the students is far more damaging when misused. The academic future of these children should not be left without checks in the hands of some randy lecturer.

“Nigerian academic is drawn from society, so it is not unexpected that there will be bad eggs among them. So, generally, this is an effort in the right direction, but it is a journey, not a destination. We have to be improving on the present effort as we go along.”

A lecturer at the Department of Mass Communication, Federal Polytechnic Offa, Chukwudinma Okoji, said it would safeguard students from the preying eyes of lecturers, who cannot control their libido.

“Academic environment is purely for learning. A situation where marks are traded for sexual gratifications is absolutely wrong and unethical. Most ladies are victims of sexual harassment without any form of justice from the authorities, even if a female student reports such. With this law in place, the students now have a right to institute legal action against any lecturer found wanting of this crime against humanity.”

A lecturer in the Department of Theatre and Media Arts, Federal University, Oye-Ekiti (FUOYE), Wole Balogun, commended the lawmakers for the Bill, saying “such law will put paid to the incessant sexual harassments allegedly being perpetrated by male colleagues in this noble profession against our students and bring sanity to the system.”

“To me, it will become a double-edged correctional measure, as it will not only deter undisciplined male lecturers from harassing helpless female students but also discourage morally bankrupt and lazy female students from enticing lecturers with their bodies.”

Some female lawyers, lecturers, activists lauded the development, saying it would go a long way in curbing the menace.

Leading the pack is the Coordinator, Women Research and Documentation Center (WORDOC), Institute of African Studies, University of Ibadan, Dr. Sharon Omotoso, who said the Bill would create awareness for all stakeholders to be cautious when interacting on campuses.

“However, there are grey areas that need attention before the Bill is passed to law and adopted by key stakeholders. First, it must not discountenance the fact that students also harass educators.

“Secondly, administrative arms of institutions should also be captured within the Bill. There are vague concepts, such as ‘winking and whistling.’ How will these be proven in the court of law? How will sexual compliments be defined? What security measures (security camera and others) are to be provided by the government in their owned institutions? How will these be enforced in private institutions?

“Some institutions, like the University of Ibadan, already have their gender and sexual harassment policies. How does the Bill fit in, complement or strengthen these institutional policies? What about dignitaries, who pick students on campus for sexual gratification? Will it be captured?

“The Gender Mainstreaming Office and WORDOC of the University of Ibadan hereby raises the need for a holistic re-assessment of the Bill before it becomes law. It must be a holistic fight against sexual harassment.”

Lecturer, child protection activist, development psychologist and Founder of Pabokede Initiative, Mrs. Patricia Abokede, while lauding the Senate, said the bill would give students, especially the female, voice to speak up against sexual harassment and also enforce seriousness on lazy students who always want a shortcut through the backdoor.

Women rights advocate and Founder of HEIR Women Development, Anuli Aniebo Ola-Olaniyi, said it would not only improve awareness but also begin to re-educate about the dangers of sexual harassment and its disturbing occurrence in tertiary institutions.

“I also hope that the Bill brings protection to everyone and also help students focus on the reason why they are in school, limit intimidation and transform the way tertiary institutions deal with cases of sexual harassment, as well prosecute anyone found guilty of breaking the laws.”

For Chairman of the Academic Staff Union of University (ASUU), University of Port Harcourt branch, Dr. Austen Sado, the Bill may not be a panacea to the menace, saying it was passed in bad faith, because it was designed to target a particular class of people, in this case, teachers in tertiary institutions.

Rather than enact a new law, Sado said the National Assembly should have advocated for the enforcement of all existing extant laws to tackle the menace, insisting that because the law was passed in bad faith, it would not stand the test of time.

Dr. Agona Ayuba of Agricultural Economics and Extension, Faculty of Agriculture, Kebbi State University of Science and Technology in Aliero, urged the lawmakers to generalise the Bill and not be sentimental.

“It is a welcome development only if we can look at it in totality. You cannot be viewing sexual harassment on one side of the divide without giving it a general perspective. For example, why are we looking at it as if it is the only staff that harasses students? What if students harass staff or senators harass students or politicians harass minors or female harass male? We need to come up with a Bill that encompasses everybody involved,” he added.

A former secretary of Christian Association of Nigeria (CAN), Kwara State chapter, Pa Olusola Ajolore, said religious and moral lessons, rather than laws, should be returned to all the country’s formal schools to curb the menace.