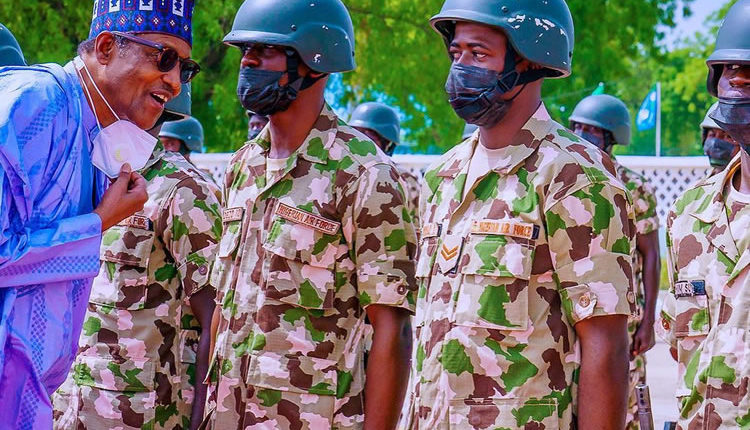 President Muhammadu Buhari has received briefings from the Chief of Defence Staff (CDS), General Lucky Irabor, and other security chiefs on the efforts to tame insecurity in the country.

It is the first of such a meeting since the president’s return from the United Kingdom last Friday after an 18 days stay during which he attended the Global Education Summit (GES) and as well undertook medical checks.

The meeting, which was held at the Conference Hall of the First Lady’s Office at the Presidential Villa, Abuja, was to update him on security developments and formulate plans to bring a decisive end to the challenges.

It followed recent successes by the military against bandits and insurgents, many of whom have recently started to surrender to the authorities.