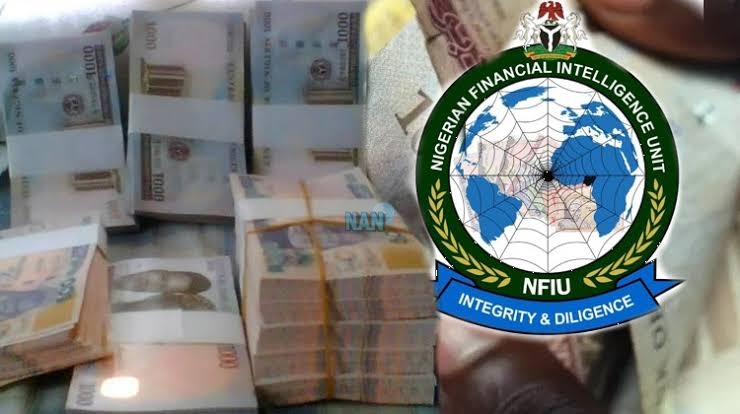 The Nigerian Financial Intelligence Unit (NFIU) has assured the Nigerian Governors’ Forum (NGF) of a robust partnership in sanitising the country’s security and financial systems.

The NFIU Director and Chief Executive Officer, Mr Modibbo Hamman-Tukur said this while reacting to a statement issued by the NGF Chairman and Governor of Sokoto State, Malam Aminu Tambuwal, on the recent Guidelines on cash withdrawals from all government accounts.

This is contained in a statement issued by the Chief Media Analyst of the NFIU, Mr Ahmed Dikko, on Saturday in Abuja.

Hamman-Tukur said: “First of all, we are ready to partner with the 6-man committee they (governors) set up. We will enlighten them.

“Secondly, we acted within our functions and the Law. We issued the Guidelines to control the barrage of investigations that we saw coming. Our Guidelines were meant to help the governors not to fight them or any public servant.

“We have reached a stage that if we allow the present scenario to continue, all public institutions will drift into ‘structured cash withdrawals’ of certain amounts of money which by law, standards and best practices MUST be investigated continuously, which is neither desirable nor reasonable.”

According to the NFIU boss, progressive communities must move on by accommodating changes and adjusting to new developments.

He recalled that the last time the agency issued the Local Government Guidelines it was taken to court, but it won the case.

“But more importantly we need to understand that in recent past United States FIU and United Kingdom FIU penalised Nigerian Banks with fines of millions of U.S. Dollars due to non-compliance.

“Internally, non-compliance with sections cited in the recent Guidelines comes with heavy penalties on financial institutions.

“We did, on gentlemanly pretext, avoid until this moment putting a fine to financial institutions expecting, gradual learning and adjustments.

“But to eternally guarantee this kind gesture is to automatically keep abusing our laws.

“We want every stakeholder to appreciate that we cooperated for too far and long. We held deep breath while defending these deficiencies internationally, just to continue to remain in the International pay points and competing with others,” the statement read in part.

“Finally, we also clearly stated in the precceding Advisory that the entire financial system suffered excess liquidity and liquidity ratio infringements, which put hedging pressure of demand for foreign currency and gradually destroying the value of the Naira

“And above all creating wide room for money laundering and terrorism affecting significantly the rural populace on top of general inflation in the open market place.

“We are in support of working together to stop these challenges and in most progressive manner,” the statement further quoted Hamman-Tukur explaining.

The News Agency of Nigeria (NAN) recalls that the NGF had earlier in a communique issued on Jan. 19 by Tambuwal stated that the governors were not opposed to the objectives of the Naira redesign policy because of its economic and security challenges.

The NGF however said that the policy did not consider the “huge challenges that remain problematic to the Nigerian populace”.

It, therefore, resolved to work closely with the Central Bank of Nigeria (CBN) to consider peculiarities of states to ensure financial inclusion and underserved communities.

The governors also pledged to collaborate with the CBN and NFIU to review the policy to ameliorate areas of concern, particularly poorest households and vulnerable citizens.

To achieve this, the NGF constituted a six-man committee, comprising the governors of Akwa Ibom, Ogun, Borno, Plateau and Jigawa States, to be led by Gov. Charles Soludo of Anambra, “to address the anomalies in the country’s monetary management and financial system”.