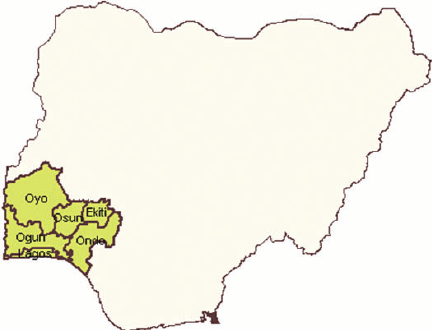 Those posing as agitators for Yoruba freedom, secession, and self-determination are warming up to cause violence and chaos in the South-West state, a group, Yoruba Appraisal Forum, has alleged.

The group, YAF raised the alarm in a statement in Abuja on Thursday, alleging that the plot by these individuals and groups to cause violence and chaos in Yorubaland was aimed at instigating bloodshed to achieve their evil plans of secession of the South-West to hasten the disintegration of the Nigerian nation.

It further accused the agitators of mobilizing youths in the region for more violent protests and bloody confrontation with governmental authorities and security agencies.

YAF National Coordinator, Adesina Animashaun further stated that intelligence reports at its disposal have revealed that the masterminds of the recent spate of violence in some parts of South-West, particularly in Igagan and Ibarapa land, Oyo State and Sasha Market in Ibadan, the state capital, are part of the plans by these elements to throw Yoruba land and Nigeria into total chaos to hasten the collapse of governments at both the state and federal levels.

“We want to warn that recent violence arising from the activities of these self-styled Yoruba freedom fighters, especially the rash of threats to some other Nigerians residing in Yorubaland by certain individuals, was just the onset of the large scale and widespread violence already scheduled by those planning the eventual disintegration and dismemberment of the Nigerian nation, with the South-West as their launchpad.”

YAF also alleged that these groups and individuals have begun to recruit youths in the South-West adding, “for more violent protests and bloody confrontation with government and security agents, all in their bid to raise tension and create a violent atmosphere to take over the properties of non-Yoruba living in the South-West, especially those of the Igbo and Hausa/ Fulani.”

It also condemned the alleged current ethnic profiling of Northerners and campaigns of calumny against Nigerians of the Fulani ethnic stock, saying these were aimed at achieving their evil plans of instigating disintegration and ultimately dismembering Nigeria.

YAF, therefore, called on the police authorities and security agencies to take appropriate and urgent steps to deal decisively with these elements bent on fomenting trouble in the South-West, saying they should not allow themselves to be swayed or deceived by disguised antics and plans of these self-styled ‘freedom fighters,’ in order to nip their evil plans in the bud.

“The 2023 general elections are just two years away and Nigerians will once again have the opportunity to exercise their franchise to vote in those they want in government, àll citizens should be patient and wait peacefully till that time to exercise their voting rights,” the statement noted.