Science Is The Building Block of Technology by Kofo Babalola 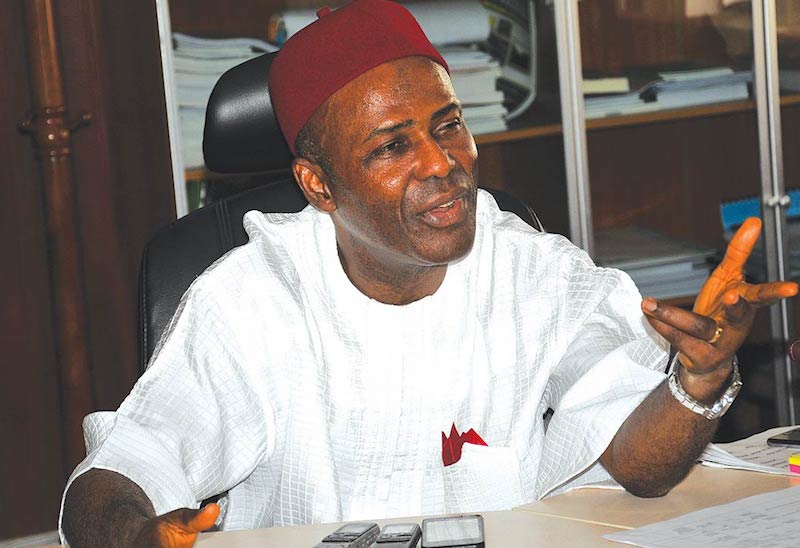 It is interesting to see that in the world we live in there are many sectors created by humans. It gives us the opportunity to branch out and delve into what makes us tick. In the field of innovation, science is the building block of technology and technology aids development. This is essentially an example of a chain reaction that is created to innovate. This is not the only chain reaction that can create development but in this reaction, one can create a domino effect with these tools to help shape the society we live in today.
Imagine the world without science. Would things work? Absolutely not.

Science is the foundation on which the world was created. In the words of Pythagoras who was known as a Greek philosopher but today a scientist and mathematician, “Number rules the universe.”

Well, one might even think what relation do numbers have with science, isn’t numbers more to do with mathematics? Well, it is just like asking what the world is without water. Numbers go hand in hand with maths and maths goes hand in hand with science. There is no science without numbers. How else did they prove scientific experiments? Essentially by using data comprised of numbers; I can agree not always but I can assure you that the purpose of proof in science derived from mathematics. There is no mathematics without science and no science without mathematics. This is why many of the Greek philosophers were not only known as scientists but also mathematicians.

The beauty in the universe often lies in what we cannot see and in the unknown. Science enables us to build creative minds, giving us the ability to think beyond what the naked eyes can see and seek to know more of how things came about.

This drive gave the philosophers in ancient times to pose questions that were beyond what we as humans already knew like how did the world come about? This led to the ‘Big Bang Theory’ which ultimately drove us to think and ask about what lies in the stars that we see every night. Many of the scientists of that era believed that in trying to solve problems that surrounded the invisible, we could unlock many secrets helping us to answer questions like how the world came into existence.

It takes a creative mind to develop theories which were later proven by mathematical equations. The questioning is where this all started. It is science that helps build this in us as the subject focuses on building a foundation of questioning things. The ability to ask questions has been one that enabled breakthroughs in the lives of those we see as icons today. Mark Zuckerberg didn’t magically come up with the social media app, Facebook, that is used by millions of people around the world. He must have posed questions like how do we stay connected even when we are miles apart?

Although this might not be science-related, it takes those that have studied science-related subjects to think in this way. It is in science that we learn about ground-breaking work that has been done, some half-finished, leading the way for many of us to take on. Having studied a great range of subjects, I believe it is science that will help us craft the future as we are given the tools needed to solve the problems that the world faces today. I have seen it already happen before my eyes.

During the outbreak of the deadly COVID-19, the mechanical engineering department at UCL utilized the mechanism that they used in the Formula 1 team led by Prof. Tim Baker to provide breathing devices for those hospitalized due to COVID-19 infection. This mechanism was originally used in a car engine but could still be used in hospitals to help those having difficulty in breathing. This shows versatility in scientific solutions as the same mechanism that was used to solve a specific problem could be used to help solve a different problem in a completely different context. There are so many tangents to solving a single problem and science enables us to build the skill of finding the different ways, giving us the ability to have a choice to take a pick from the bunch.

We are given the ability to think in not just one way but in different ways. That is the beauty of science. Mathematics also comes under this bracket. I remember through the study of advanced mathematics; it was not only going through the method to solve the question, but it was also about finding the fastest way possible to get to that answer. This meant thinking fast to pick the most effective way to answer the question on the spot, as many methods to solve that problem rush through your mind.

This is the beauty of these subjects as although many might think that it doesn’t give you the ability to think in different ways like history and other arts-related subjects. It does but in a very different but more effective way. I can agree there are no arguments or opinions needed to be made but there are solutions needed to be formed in response to challenges. There is not only one way to solve these solutions but different angles that can be used to reach the same goal. Science teaches you how to unravel these different ways as it moulds your brain to think along these different paths. I can give you an example: on a rainy day, how do we make use of the water that falls from the sky to harness energy? This was an engineering question for one of the years of Arkwright Engineering Scholarship papers. There are many different ways one can come up with to solve this question just like in history there are many arguments that could be made under a given title.

The only difference is that science helps us to create ground-breaking phenomena that shape the world we live in today and has a hand in shaping our tomorrow as it is the key to many of the problems we face.

––Babalola is an Engineering student of the University College London