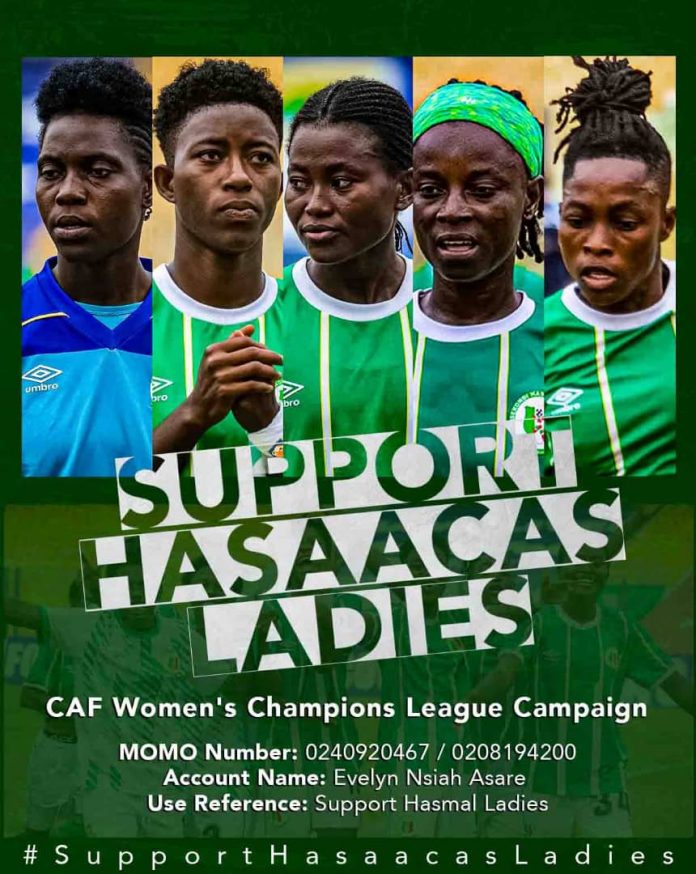 Few days to the start of the inaugural edition of the WAFU women CAF champions league qualifier, one of the opponents Nigeria’s representative Rivers Angels, Hassacass Ladies of Ghana are presently seeking for financial supports.

The team after winning both trophies (Women’s Premier League and Women’s FA Cup) in the local scene has set sights on conquering Africa and that has its own financial demands which will require certain amount of financial assistance.

The team is currently putting in the finishing touches to their preparation before leaving the country to the Ivorian capital, Abidjan.

The traveling arrangements which presents its own challenges is as a result of the financial burden the club faces according to the Chief Executive Officer, Ms. Evelyn Nsiah Asare.

she’s made the state of the club clear; the club deserves some financial support from key stakeholders. She quizzed that just as it’s being done for men’s teams when traveling to represent the country, same should be done for the women’s team.

“Just as we do for the men’s teams when embarking on such events, let’s do same for these girls because they both carry the same aim which is to make a recognition for Ghana when it comes to African Soccer.”

“Motivate these girls to do more for Women’s Soccer and Ghana at large. They’re the best in Ghana’s Women’s football.”

Hasaacas Ladies are in group B of the draw along top seeded Nigerian side, Rivers Angels FC and Niger’s AS Police de Niamey.

The tournament begins on July 17, 2021 and will see Hasaacas Ladies play Rivers Angels FC before the last group game with AS Police de Niamey.