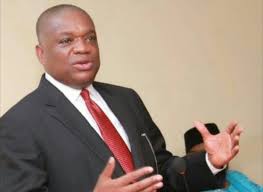 The Ohanaeze Ndigbo Youth Council Worldwide has asked Orji Uzor Kalu, former governor of Abia, to return all what he allegedly took from the state.

In a statement on Saturday, the group said Kalu, who is now the chief whip of the senate, should endear himself to the people as the new “Mandela of Africa.”

Nelson Mandela was a freedom fighter in South Africa, who became president in 1994, after apartheid was abolished in the country. He died in 2013.

On Friday, the supreme court upturned the conviction of Kalu for alleged fraud and ordered a retrial. In 2019, a federal high court in Lagos convicted Kalu of N7.1 billion fraud.

The former Abia governor was subsequently sentenced to 12 years in prison after standing trial on a 39-count charge preferred against him by the Economic and Financial Crimes Commission (EFCC).

In the statement, Obinna Achionye, deputy president-general; and Okwu Nnabuike, secretary-general of the youth council, said the apex court upturned the conviction after “persuasive pressure” from groups and “stakeholders.”

The youth advised Kalu to enter a plea bargain with the EFCC and return all that he has allegedly stolen from Abia state.

“The Ohanaeze Ndigbo Youth Council Worldwide has described the Supreme Court Ruling that quashed the Conviction of Senator Orji Uzor Kalu as the collaborative persuasive Pressure from Groups and stakeholders to ensure that the maverick Politician should regain control of his freedom but cautioned that he should desist from Smearing the image of Abia State Government but enter into plea bargain with the EFCC and return all the money he allegedly took from the Coffers of Abia State Government,” the statement read.

“This is the only way for him to be totally free from the hook of EFCC and Abia State Citizens Verdict as Posterity will be kind to him.

“Orji Kalu should rise up above party politics and loyalty and support every collective commitment and interests of Igbos as it will heal the wounds of his past and perceived misdeeds done in error.”