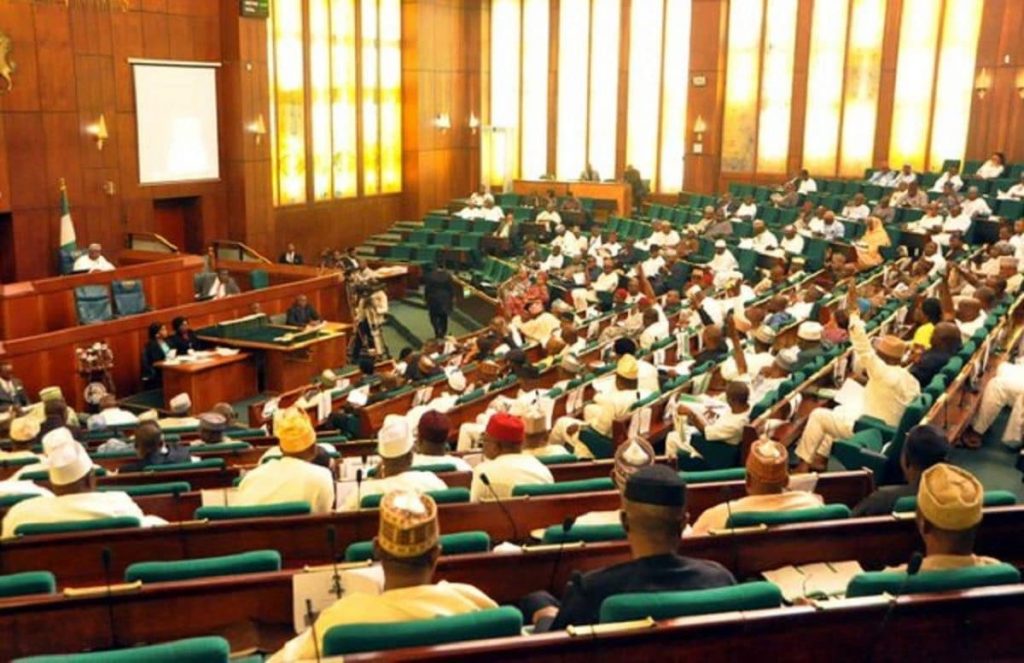 The Peoples Democratic Party caucus in the House of Representatives has called for criminal investigation and prosecution of officials of the Nigerian Communications Commission for alleged perjury.

The leader of the PDP Caucus, Kingley Chinda, in a statement on Tuesday, alleged that the officials lied under oath while appearing before the House last Friday to explain the possibility of having results of elections transmitted electronically from across Nigeria.

Following a stalemated consideration of the report on the Electoral Act, 2010 (Amendment) Bill over the controversial Clause 52(2), the Speaker of the House, Femi Gbajabiamila, had called for suspension of the exercise and summoned the NCC and the Independent National Electoral Commission to appear and guide the lawmakers this Friday.

Maska, however, answered all the questions asked by the lawmakers.

However, in the statement titled, ‘NCC Lied to Nigerians on Electronic Transmission of Votes and Should Face Prosecution’, the PDP caucus alleged that officials of the commission misled the House with their presentation.

The statement read in part, “It was a show of shame on the floor of the House of Representatives on Friday, July 17, 2020, during the consideration of the Electoral Act Amendment Bill.

“The comedy of errors started by the House stopping INEC from appearing before the House to prevent the nation from learning the truth and allowing only the NCC to appear to discuss issues on the ability or otherwise of INEC to handle electronic transmission of votes.

“Officials of the NCC, led by Executive Director, Ubale Maska, who represented the Executive Vice Chairman, Prof Umaru Garba Danbatta, appeared and an oath was administered on them consistent with the Section 5 of the Legislative House (Powers and Privileges) Act, 2017.

“While testifying before the House, on the adoption of electronic transmission of results from the units,  Ubale Maska claimed that the 2018 Technical Report of the NCC showed that only about  ‘50 per cent of the polling units had 3G, while 49 per cent had 2G network and below’. His answers and body language clearly betrayed his intense desire to mislead the House and the nation.

“He cleverly sought to rely on 2018 data in 2021, when they knew or ought to know that Internet penetration has advanced substantially in Nigeria since 2018.

The caucus also recalled that a telecommunications giant, MTN Nigeria, recently announced that it had achieved extensive nationwide network coverage of 89.9 per cent.

“This is just MTN, not to talk of other networks,” Chinda noted.

The statement added, “Perhaps, the worst form of perfidy, deception and outright lies is for the NCC to hide the Memorandum of Understanding between the NCC and INEC in 2019. During preparations for the 2019 general elections, Mahmood Yakubu, INEC Chairman, had in January 2018 visited the NCC to discuss collaboration that would enhance the electoral process.

“A joint technical committee of INEC and the NCC was subsequently formed with a mandate to map out strategies that would reduce human interventions in the transmission of election results. The committee was headed by Maska and co-chaired by Muhammed Lecky, an INEC National Commissioner.

“After several meetings and engagements, it was then recommended that the ‘INEC/NCC Joint Technical Committee should consider and adopt the traditional data communication service from the MNOs using the APN as the most appropriate solution for the electronic transmission of election results.’”

According to the caucus, “the icing on the cake” is the categorical declaration by INEC, through its spokesman, Festus Okoye, that the commission has the capacity to transmit election results from any part of the country, no matter the terrain.

The opposition lawmakers said Okoye’s confirmation “has put the final nail on the coffin of the purveyors of the fallacy that it cannot be done,” recalling that electronic transmission was recently deployed by INEC in Edo, Ondo, Borno and Kaduna elections.

The statement added, “It is obvious that there are fifth columnists and anti-democratic elements, who are afraid of free, fair and credible elections in Nigeria.

“For a witness to be sworn under Section 5 of the Legislative House (Powers and Privileges) Act, 2017, then to lie under oath and give false evidence to the House is an offence under Section 7 of the same Act.

“We call on the prosecuting authorities to immediately arrest the officials of the NCC under Prof Danbatta and all those, who procured Ubale Maska and other officials to lie under oath, to be criminally investigated and where found culpable, be brought to justice by standing criminal trial.

“We must maintain the integrity of our laws and the sanctity of our institutions as a nation.”

A former Governor of Ekiti State, Chief Olusegun Oni, on Tuesday, urged the National Assembly not to miss the window of opportunity in the Conference Committee to harmonise the Electoral Bill to ensure electronic transmission of election results.

Oni, a Peoples Democratic Party governorship aspirant in Ekiti State, reminded the country’s leaders, especially members of the National Assembly and the President, Muhammadu Buhari, that they were in place for the people, hence the need to respond to overriding public concerns and meet the populace’s aspiration for credible elections.

In a statement titled, ‘The conduct of credible elections is service to God’, the former governor said, “As leaders, the Almighty God has given us the wisdom, knowledge and wherewithal to do what is right and just and in return, we must do everything possible to put in place a system that will allow the people to freely and fairly choose their leaders.

“Consequently, a conference committee of the National Assembly that will be saddled with the responsibility to harmonise the Electoral Bill must, therefore, ensure an unconditional transmission of results in the Electoral Act, 2021.”