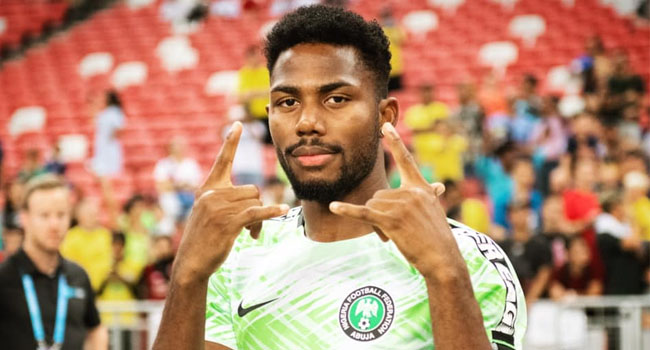 Super Eagles forward Emmanuel Dennis’s participation at the 2021 Africa Cup of Nations (AFCON) is in doubt following comments by his coach Claudio Ranieri.

The Watford hitman, who was named by manager Austine Eguaveon in Nigeria’s 28-man squad for the Cameroon party,  had taken to social media to celebrate the feat which he described as a “proud” moment.

But Ranieri recently claimed that Dennis’s invitation letter for the competition did not arrive on time, raising fears that the striker may miss the tournament.

“I’m not so sure I’ll miss Dennis now, and if he goes to the national team, we have to wait,” the coach told The Athletic.

“The email didn’t arrive at the right moment. The national team has a time to send a pre-call. They didn’t respect the days, and I want to see.

“The email arrived late. They have a time when they need to send a pre-call; if they don’t send it, we can choose.”

Ranieri’s comments, however, appear like a contravention of FIFA’s rules mandating clubs “to release their registered players to the representative teams of the country for which the player is eligible to play on the basis of his nationality if they are called up by the association concerned. Any agreement between a player and a club to the contrary is prohibited”.

His remark will also be a source of worry for the Nigerian team seeking a fourth continental title.

Earlier, the NFF had noted that the Eagles’ camp will open in Abuja on Wednesday, December 29th with the UK-based players billed to arrive in the country on Monday, January 3.

The three-time African champions are in Group D of the competition alongside record winners, Egypt, Sudan, and Guinea Bissau. Eguavoen’s first test will be against The Pharoah’s on January 11th.