The Sokoto State Police Commissioner, Kamaladeen Okunlola has said the prime suspects that claimed they killed Deborah Emmanuel, the female student of Shehu Shagari College of Education killed on alleged blasphemy have been declared wanted. 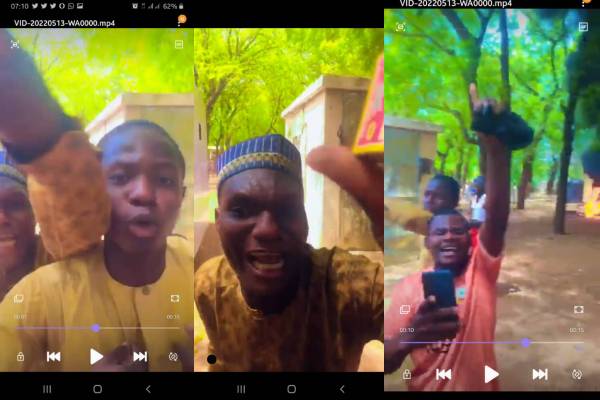 The Sokoto state Police Public Relations Office ASP Sanusi Abubakar revealed this in a statement he signed and made available to newsmen in Sokoto.

He said the Command is using this medium to reiterate its commitment to apprehending the suspects.

According to him, the command has already deployed all its intelligence and is on the lookout for the suspects.

Mr. Abubakar said members of the public are enjoined to cooperate with the police and report any means of identification to the command or any security outfit in their domain.

Two suspects arraigned in court over the killing of Deborah Emmanuel have been remanded in the custody of one of the correctional facilities around the zone.

It will be recalled that Deborah Emmanuel a 200 Level Student of the Sheu Shagari College of Education Sokoto was killed by fellow students at the College over an allegation that she made Blasphemous Statements against the Prophet Muhammed (SAW).

The comments made by her were reportedly made on a WhatsApp group comprising of students of the same institution.

Her alleged comments were said to have been a result of the spamming of the group with messages that were not supposed to be on the group.

She was beaten to death by an irate mob that gathered to attack her after allegedly overpowering the institution’s security men and later set her Corpse on Fire.

The Police had arrested two suspects who were allegedly part of the mob that killed her while the prime suspects including the one who claimed to have put her on fire have now been declared wanted by the Police.