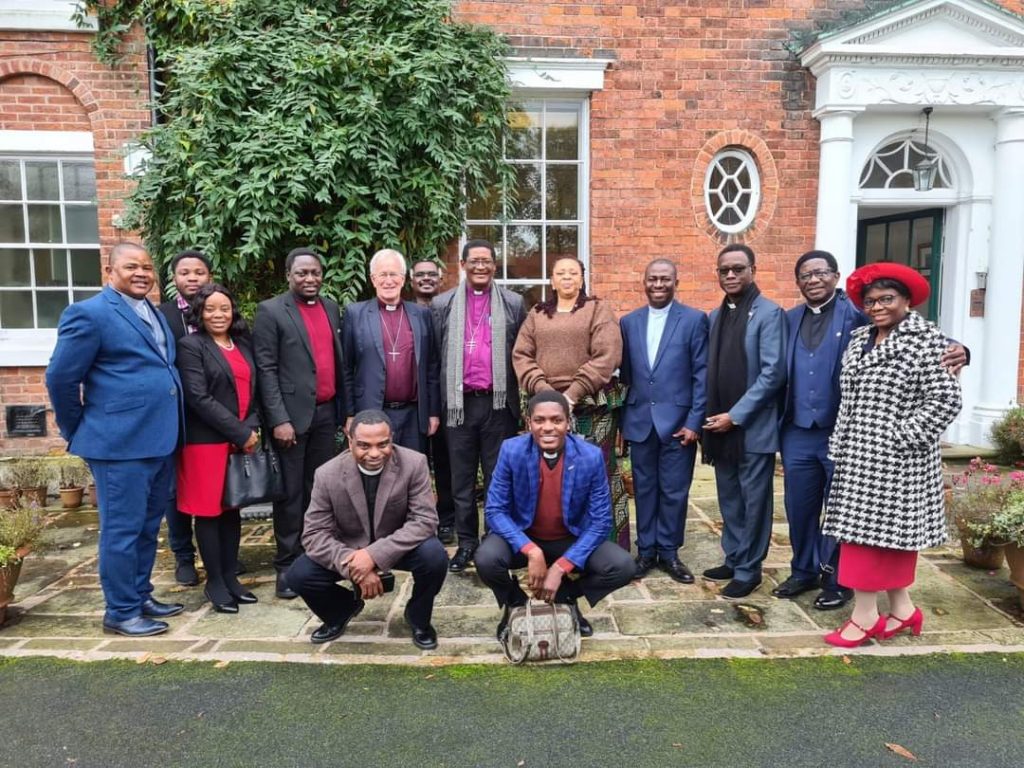 The Primate of the Church of Nigeria, The Most Rev. Henry Ndukuba has taken time to visit the Church in the United Kingdom. Ndukuba, accompanied by his wife Mrs Angela Ndukuba (Mama Nigeria), the Chief Protocol Officer of the Church of Nigeria and former Chaplain of the UK Chaplaincy, The Venerable Ben Enwuchola and Venerable Justice Okoronkwo from the Diocese of Jos, was received at London Heathrow Airport on 18th October by the Chaplain of the UK, The Venerable Dr Joe Ajaefobi and the Primate’s Commissary in the UK, The Rev James Cook, from where he proceeded to the Isle of Wight where he waited upon the Lord and offered intense prayers for the global Church in general and for the Church of Nigeria (Anglican Communion) and its foreign missions especially the mission of the UK Chaplaincy.

He also encouraged some priests of the Church of England that he interacted with at the Isle on the need to remain absolutely loyal to the authority of the Scriptures and to the historic Christian faith as the Church received it from the apostles who were eyewitnesses and servants of the word. 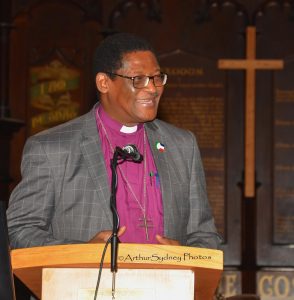 Subsequently, the Primate visited different Nigerian Anglican congregations in parts of the UK and also paid courtesy visits to allies in mission within the Church of England. At Birmingham, Ndukuba visited the Bishop of Birmingham, The Rt Revd David Urquhart, who hosted him to a lunch and a private conversation, aimed at strengthening the partnership in mission between the Nigerian Chaplaincy congregations in Birmingham and Church of England, Diocese of Birmingham. Bishop David has links with the CMS and has worked as missionary to some parts of Africa.

The Primate also met with the congregation of Nigerian Anglicans made up of faithful from the Anglican Church of Light and Life in Birmingham led by The Rev Canon Bamidele Sotonwa, the Igbo Anglican Congregation in Birmingham led by The Rev Eliakim Ikechukwu, the Nigerian Students Fellowship in Gloucester and clerical representatives from Wolverhampton, Worcester and York. Also at the gathering were the representatives of the Overseas Fellowship of the Nigerian Christians (OFNC) and Igbo Community Association in the Midlands (ICAM). Primate Ndukuba charged the people to see their presence in Birmingham as part of fulfillment of God’s plans and purposes for their lives and encouraged them to always stand firm for the faith once delivered to the saints and to continue to shine as lights wherever they find themselves.

Ndukuba was also in Manchester where he met and prayed with two Nigerian congregations, the Anglican Missionary Congregations (AMC) under the leadership of a Nigerian medical doctor and priest, The Venerable Dr Gideon Ilechukwu and the Nigerian Anglicans in the northwest led by another Nigerian medical doctor and priest, The Rev Dr Christian Obichukwu. He thanked God for the work of the groups and reiterated the need for faithfulness to the mission that God has committed into their hands, stressing the need for unalloyed commitment and obedience to the word of God as the final authority in all matters of faith, mission and ministry. He underscored the need for a united and common front by Nigerian Anglican missions.

Ndukuba was also received by the Nigeria Chaplaincy congregations in greater London, namely the Congregation at St John’s Archway, the Church of the Transfiguration CTT at All Saints New Cross Road and the Anglican Igbo Church of the Holy Trinity London. Also in attendance were the Overseas Fellowship of Nigerian Christians (OFNC) led by its national Chair, Professor John Durudola, Mayors and Counselors of Nigerian descent including the double Mayor of Brent Cross Hon. Counselor Ernest Ezeajughi, Nigerians in Diaspora Organisation UK, led by its immediate past President Barrister Sir Chibuzor Ubochi, the Apex Igbo Socio-cultural Orgnisation, the Ohanaze Ndigbo UK represented by its president Dr Nnanna Igwe who joined the meeting virtually, former CMS mission partners in Nigeria including Sue Gumbrell and Sheila Davies,  clergy of Nigerian descent serving in the Church of England and in the Nigerian Chaplaincy, the retired Bishop of Owerri and wife the Rt Rev Dr Cyril and Dr Mrs Eunice Okorocha who joined virtually, etc. Also in attendance physically, were the Bishop on the Niger the Rt Rev Dr Owen Nwokolo and Mama Niger, Dr Mrs Elsie Nwokolo. 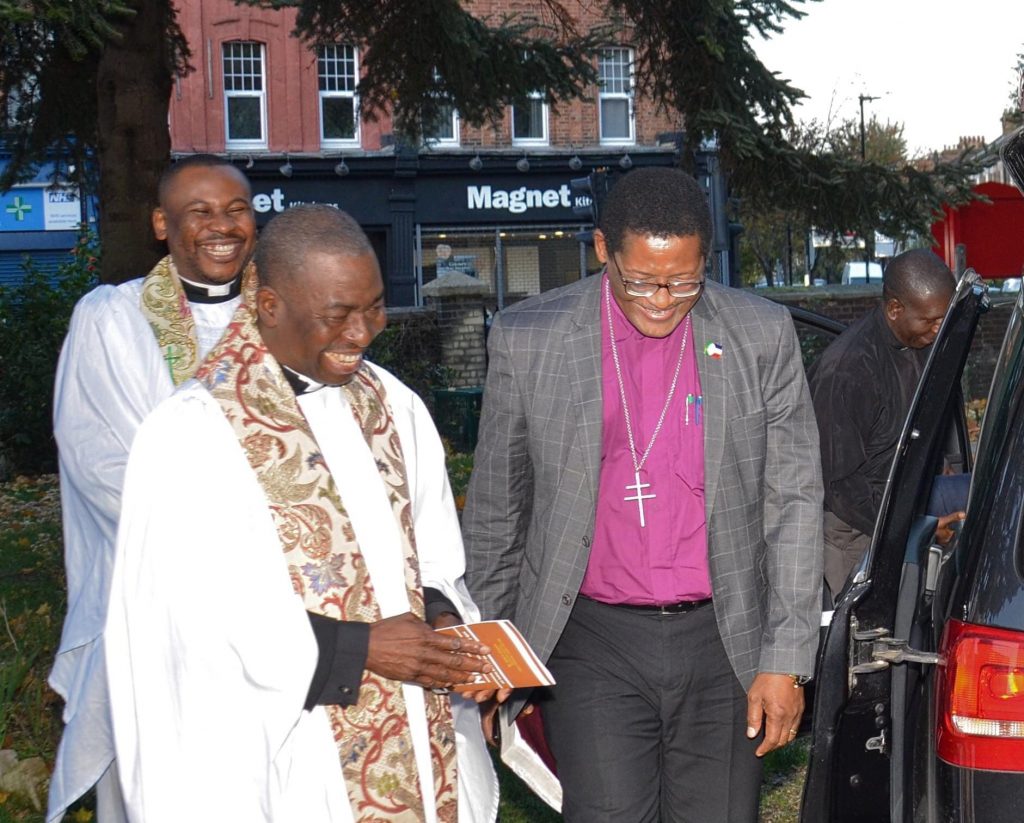 In his note of welcome, the Chaplain of the Nigeria Chaplaincy in UK, The Venerable Dr Joe Ajaefobi briefly narrated the historical significance of St John’s Archway the venue of the service. He said the celebrated General Secretary of the CMS the Rev Henry Venn was once the Vicar of St John’s Archway. It was Henry Venn as then CMS Secretary General who began the policy of sending Africans as CMS missionaries to Africa. He inspired Samuel Ajayi Crowther to be ordained and encouraged him to join the missionary expedition to the Niger territories in 1841. He was instrumental to Crowther’s subsequent consecration as the first African Bishop. History has it that on his arrival for consecration, Henry Venn met Samuel Ajayi Crowther at Kings Cross Station and he stayed with him in the parish of St John’s Archway for days before travelling to Canterbury for consecration. After his consecration, Bishop Crowther returned to St John’s parish and stayed for a while with Henry Venn before the Parish sent him forth on his mission as the Bishop of Niger Territories.

Since then, St John’s Archway has remained connected to Nigeria and lots of Nigerians have passed through the Church as parishioners. About 20 years ago, St John’s Church was about to be closed down for lack of members. The vicarage and other properties belonging to the Parish were sold and only the Church building was left.  The then Bishop of London the Rt Rev Dr Richard Chartres appointed a Nigerian priest and a medical doctor, The Rev Dr Korowei Dorgu as the Vicar of the Church. By the grace of God, Rev Dr Karowei turned things around within the 15 years of his stay and St John’s became once again a vibrant Church. It was while serving as the Vicar of St John’s that Rev Dr Karowei was elected and consecrated the Bishop of Woolwich on St Patrick’s Day 2017.

The Most Rev Henry Ndukuba expressed delight on the rich historical connection between St John’s Parish Church Archway and the Church of Nigeria Anglican Communion through Henry Venn and Bishop Samuel Ajayi Crowther and exhorted Nigerians in greater London to remain good ambassadors of Christ and of the Church of Nigeria (Anglican Communion). He thanked God for the 40 years of the Nigerian UK Chaplaincy and stressed the need for it to grow in leaps and bounds, integrating mission into ministry. He said ministry is what we do internally in the Church to strengthen the body of Christ in faith but mission is reaching out to our communities and beyond with the gospel of our Lord and Saviour Jesus Christ.  He prayed that the UK Chaplaincy will do greater exploits in mission and ministry in the next 40 years.

The Primate later met with the Board of Trustees and the Management Committee of the Nigerian Chaplaincy at the Chaplain’s residence in Northolt, Middlesex. The meeting, which reviewed the progress of the Chaplaincy’s ministry in the last 40 years, appreciated the partnership and the support of the CMS, the Church of England, and other stakeholders including the OFNC and discussed the prospects and challenges for the future mission and ministry of the Chaplaincy. The Primate was informed of the purchase of Chaplain’s House, the venue of the meeting during the Primacy of the Most Rev.N. D. Okoh and requested for more capital investment to the Nigerian Chaplaincy UK from the Church of Nigeria, especially with the respect to the Nigerian Chaplaincy Resource Centre appeal fund.

The last place the Primate visited was the Anglican Igbo Church of the Holy Trinity London and it was the climax of his visit. Primate Ndukuba delivered the encouraging message eloquently and clearly saying that the Church should arise and head towards river Jordan, cross it, and inherit the promised land. 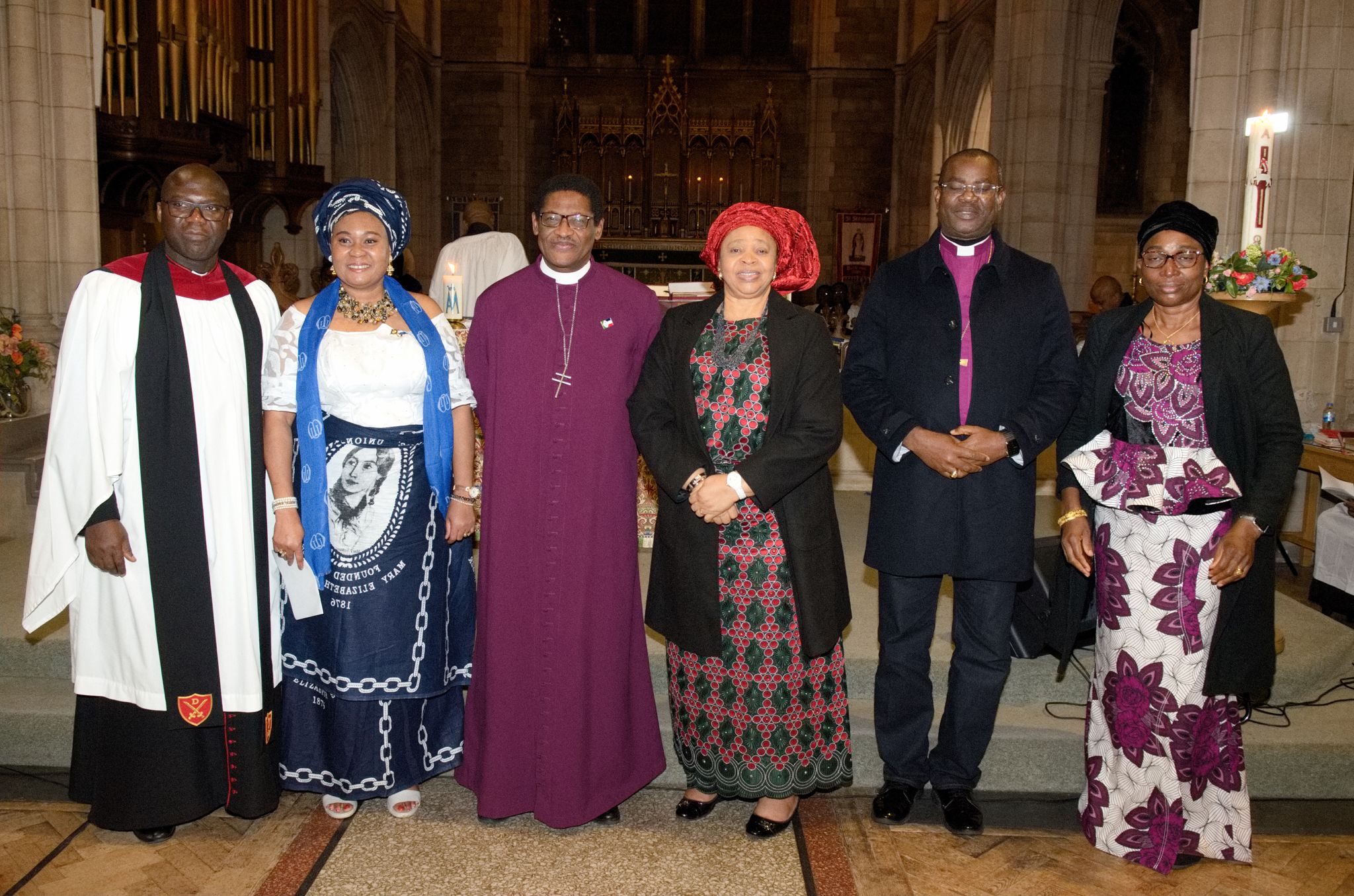 The Ven Dr Amatu Christian-Iwuagwu who is a Prebendary of St Paul’s Cathedral, The Director of Mission and Racial Justice Diocese of London, a Church Commissioner, Vicar of St Stephen’s and St Mark’s Parishes and Anglican Igbo Church of the Holy Trinity London welcome the Primate and his wife and prayed with them.