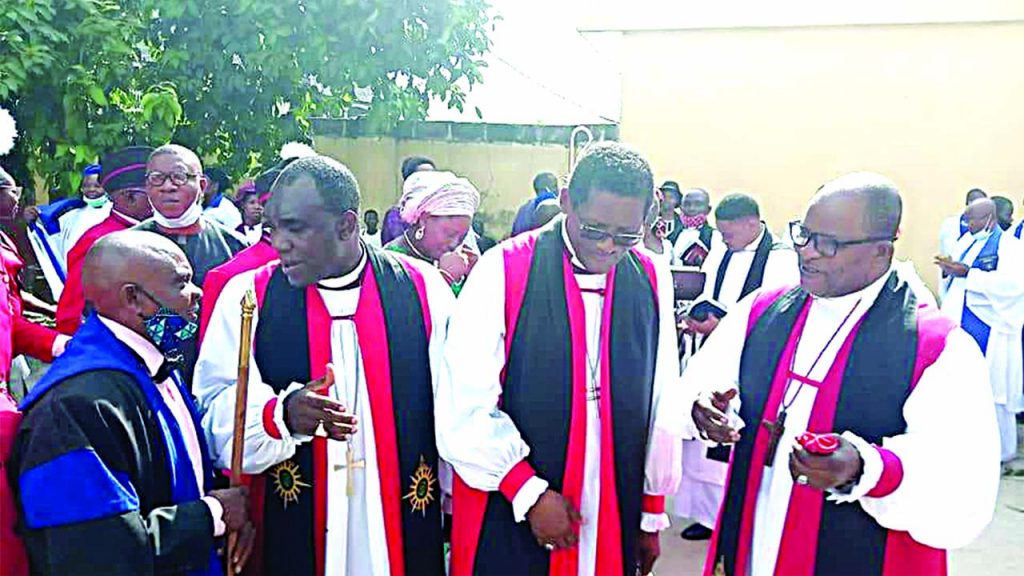 The Diocese of Sapele (Anglican Communion) was agog on August 23, 2020, when the Primate of the Church of Nigeria, the Most Rev. Henry Ndukuba visited.

The Primate and his entourage, which included his wife, Mrs. Angela Ndukuba, the Archbishop of Ecclesiastical Province of Bendel, the Most Rev. Dr Cyril O. Odutemu and wife, Ufuoma, the General Secretary of the Church of Nigeria, the Ven. Dr. Paul Dajur, the Directors of Protocol and Youth at the Primate’s Office, the Venerables Ben Enwuchola and Idume were received at Christ Anglican Church, Okpe Road, Sapele by the Bishop of Sapele, the Rt. Rev. Dr. and Mrs. Blessing Erifeta, the Chancellor of the Diocese, Sir. Barr. Monday Ataine and other legal luminaries, the full cream of clergy and wives of Sapele Diocese, the Council of Knights, Lay readers, Elderly members, Youth bodies, Diocesan, and Archdeaconries board members from 13 Archdeaconries and mammoth crowd of worshippers.

At a service, where the Primate preached on the topic: “The Power in the Name of Jesus Christ”, taken from Acts 3:1-10, he said it was faith in the resurrected Jesus that made the lame man at the Beautiful Gate to walk, despite his hopeless situation. The cleric called on Christians to be hopeful and have faith in God, as the power of God that made the lame man walk is still available.

Ndukuba, who also hinted the congregation of his God-given agenda for the Church, tagged, a Decade of the Reign of God, spanning 2020-2030, said the time of ignorance is past and there is a need to turn to God by repenting from sins and waywardness. He pleaded with members of Sapele Diocese to forgive one another and make room for peace and reconciliation, as disharmony hinders the preaching of Jesus Christ’s gospel.

Stakeholders assured him that they were ready to reconcile and live in harmony.

Earlier in the day, Ndukuba made a similar visit to the Cathedral Church of St. Luke, Boyo Road Sapele, where he also had a service with a section of the people of the diocese and a brief meeting as well.