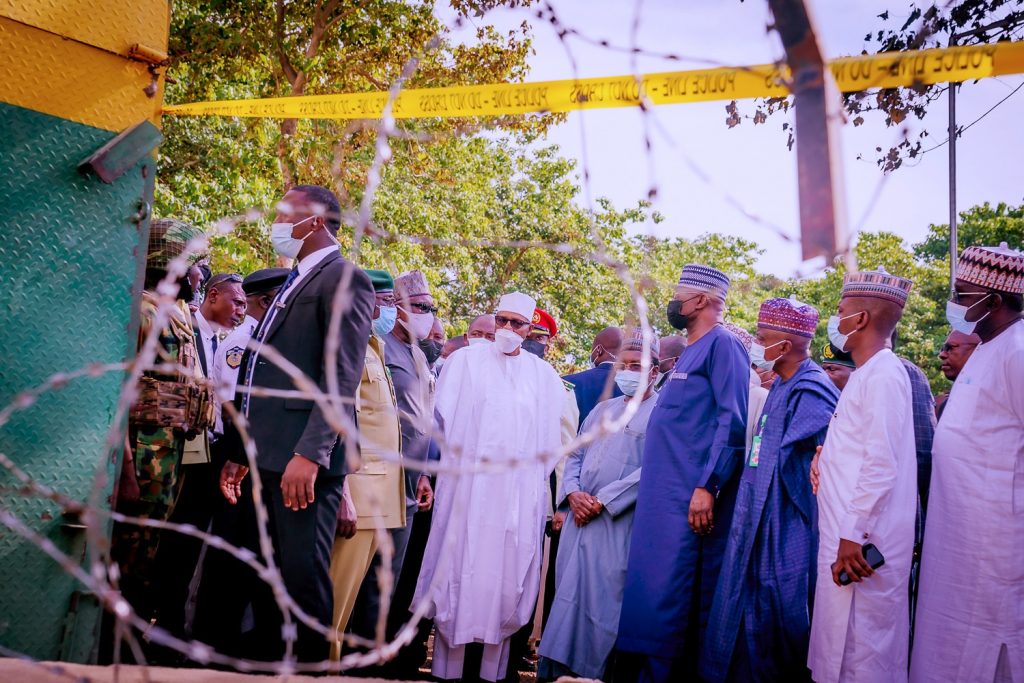 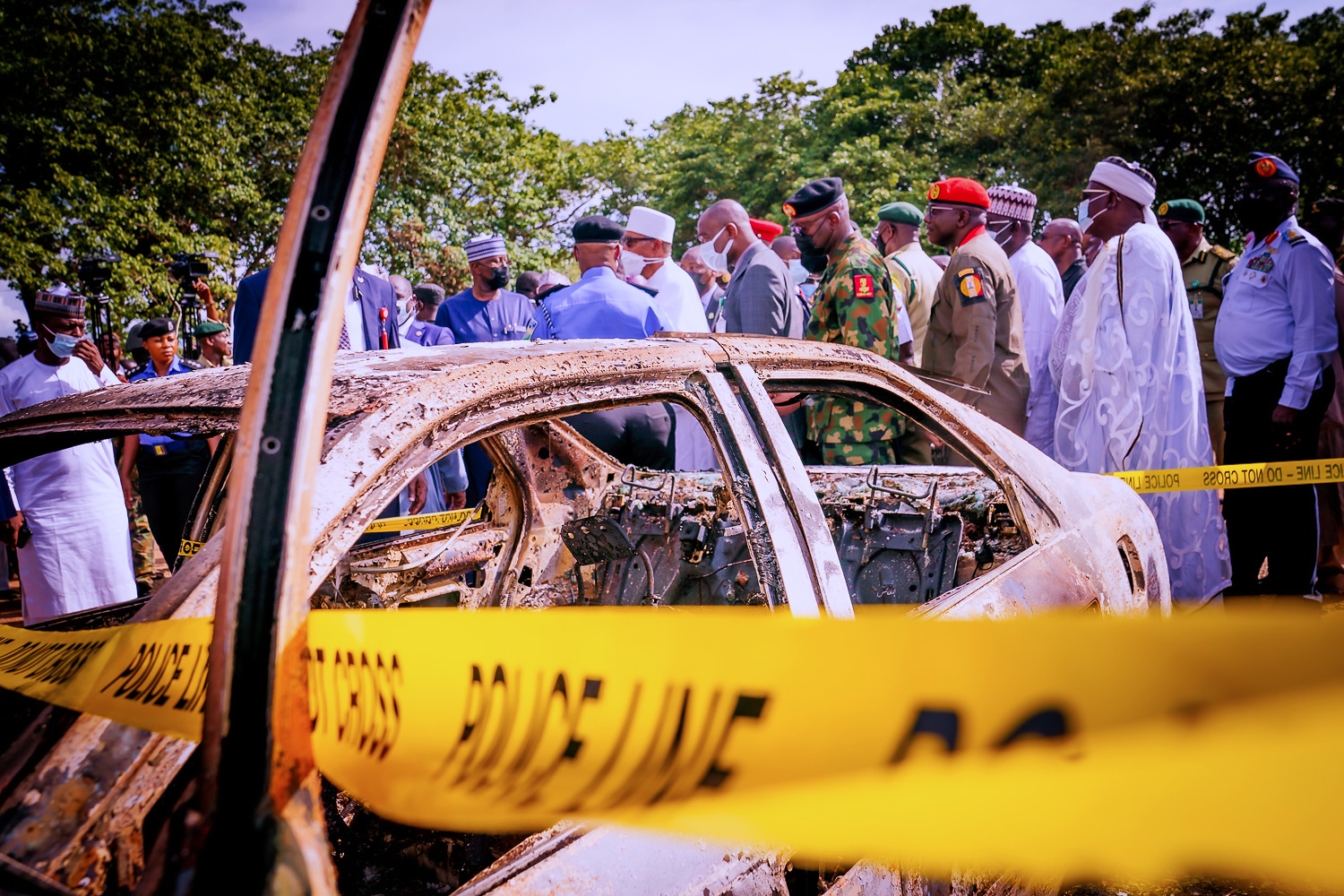 Soon after he arrived, he was briefed about the attack by the Permanent Secretary, Ministry of Interior, Dr. Shuaib Mohammad Lamido Belgore, and the Controller General of Nigerian Correctional Service, Haliru Nababa, showing him the bombed-out section used to access first, and the records office which was set on fire, adding that the invaders thereafter launched an attack on all cells in which Boko Haram terrorists were held.

The President was apprised that, at the end of it, none of the 63 terrorists are accounted for, but it was emphasized that records are not lost because they have been backed up.

President Buhari, who, like most Nigerians was shocked by both the scale and audacity of the attack queried: “How did the defenses at the prison fail to prevent the attack? How many inmates were in the facility? How many of them can you account for? How many personnel did you have on duty? How many of them were armed? Were there guards on the watchtower? What did they do? Does the CCTV work?” Question after question.

The President was also informed that the security forces have recaptured 350 of the escapees while about 450 others are still unaccounted for, and that rapid work is underway to recapture the rest.

After inspecting some of the points impacted by the attack, President Buhari spoke to newsmen, expressing disappointment with the intelligence system (and utilization).

“I am disappointed with the intelligence system. How can terrorists organize, have weapons, attack a security installation and get away with it?”

The President, accompanied by Boss Mustapha, the Secretary to the Government of the Federation, Professor Ibrahim Gambari, the Chief of Staff, said at the end of the visit that he is expecting “a comprehensive report” on the incident.

The Presidency wishes to use this opportunity to react to mounting criticism of the trip to Dakar, Senegal by the President, and to stress that Governments don’t stop working because nations face terrorist threats. To cancel the trip to Senegal would mean that the terrorists are successful in calling the shots, something that no responsible government in the world will allow.

Senior Special Assistant to the President