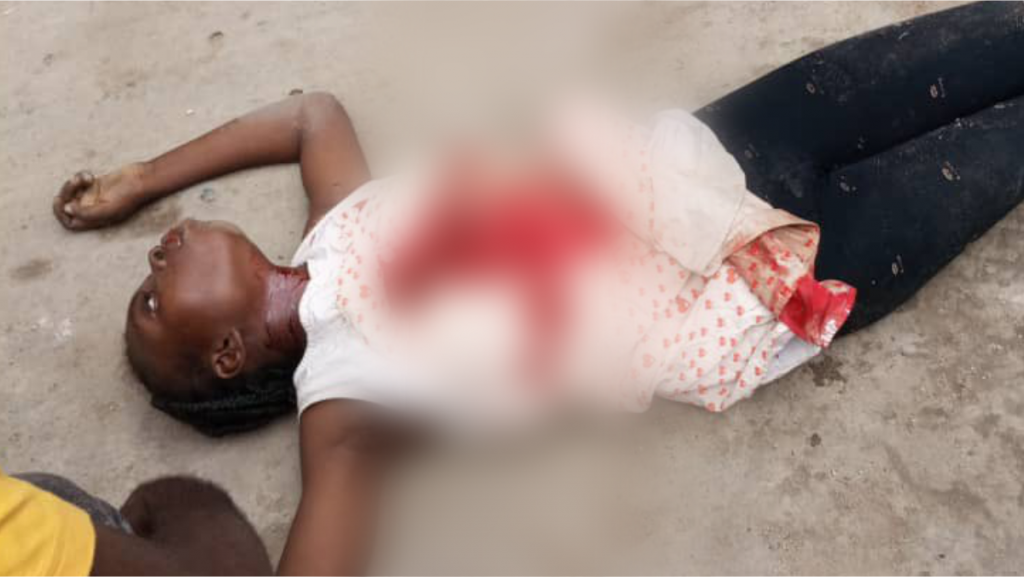 Ifeoluwa Oyeleke, the mother of a teenager killed during Saturday’s demonstrations for the realization of Yoruba Nation, said officers of the Lagos Police Command, led by their commissioner Hakeem Odumosu threatened to shoot her when she demanded to see the body of her daughter felled by police bullet.

Jumoke Oyeleke, 14, was shot dead by the police who opened fire on fleeing demonstrators, shooting indiscriminately into the densely populated Ojota neighborhood.

Jumoke who, who was not at the protest grounds, was an apprentice at an ice cream shop where the police bullet fatally hit her in the stomach, causing her death instantly.

The Gazette reports that police shot sporadically in the area to cart away the slain teenager’s body in the pool of her blood, apparently to cover their tracks. The young lady was denied first aid before she breathed her last.

The spokesperson for the state command Olumuyiwa Adejobi, however, claimed that officers did not fire a single live bullet at the rally.

According to him, Jumoke’s body “was found wrapped and abandoned at a distance, far from Ojota venue of the rally, behind MRS Filling Station, inward Maryland, on the other side of the venue, with dried blood stains suggesting that the corpse is not fresh.

“After a close look at the corpse, a wound suspectedly sustained from a sharp object was seen on it. The news is false and mischievous,” Mr Adejobi had said.

The deceased mother told Punch that she was yet to see Jumoke’s body despite visiting the police station where she was allegedly taken to.

According to her, the police also threatened to fire teargas canisters at her and her brother, if they stayed longer at the station they visited.

Mrs Oyeleke disclosed that the victim was her first child and a Junior Secondary School graduate, saying she was yet to see her body since the incident occurred.

Narrating her ordeal, she said “I got a call while I was in Ikeja where I had gone to work. When I asked to know what it was about; I was told that there was no issue but that my presence was needed at home.

“It was when I got home that I learnt of what had happened. I was told that the bullet shot by the police killed my daughter,” she said.

“They’ve not released her corpse to us,” she said, explaining that “I and my brother, under last night’s rain, got there, but were not allowed in. We heard them saying that if we stayed too long, they will shoot our legs and fire a tear gas canister at us.

“After a while, my brother discussed with them and they allowed us in to see their Area Commander who said he heard that shots were fired but that he didn’t know which station the officers behind it came from,” Mrs Oyeleke said without naming the exact station she visited.

“He said this could be determined when the extracted bullet is examined,” she added.

The police spokesman, however, ignored a request seeking his comment on the matter.