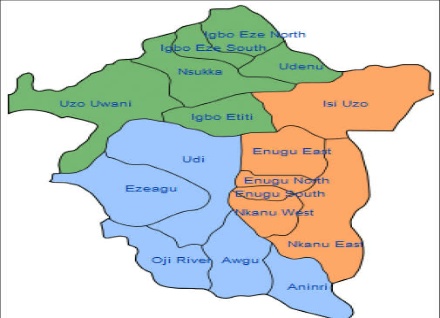 Five persons have been killed and four others injured after a Police Inspector went into a shooting frenzy in Enugu State on Sunday.

The police officer who reportedly attacked a neighborhood in Golf Estate, GRA, Enugu, is said to be attached to a lottery company within the area.

Confirming the incident in a statement, the state police command said it was unclear what led to the sporadic shooting.

The State Police Commissioner, Mohammed Aliyu in the statement, noted the officer has been arrested and is being questioned, stressing that a proper investigation is already underway.

He further disclosed that the four others who sustained injuries are currently receiving treatment at the Enugu State University Teaching Hospital.

The police commissioner while sympathising with the family and friends of the deceased persons, urged them to remain calm while the police conclude their investigation. He also urged residents who witnessed the incident to come forward with information.

Reacting to the incident, Governor Ifeanyi Ugwuanyi commiserated with the victims. During his visit to those who were injured in the hospital, he promised that the state will cover the medical bills of the affected persons, and will see to it that the matter is thoroughly investigated to ensure that justice prevails.