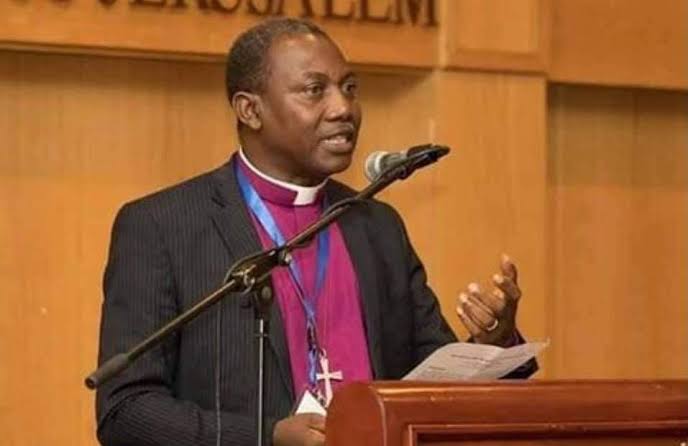 The Bishop of Ilesha Diocese and former Vice Chancellor of Ajayi Crowther University, Oyo, The Rt. Rev’d Prof. Dapo Asaju, has berated both the ruling All Progressives Congress (APC) and the main opposition Peoples Democratic Party (PDP), saying they both contributed substantially to the current pathetic state of Nigeria.

In an interview with LAWRENCE ENYOGHASU, Bishop Asaju, a celebrated academic, said the present crop of leaders have failed the country. He advocated that younger people should be allowed to preside over the affairs of the country, noting that older people lack the energy needed to rule over a country like Nigeria. He spoke on other issues.

What’s your view on the same-faith ticket adopted by the APC? The Christian Association of Nigeria (CAN) has openly stated that it is not comfortable with the ticket.

The Nigerian constitution provides for a federal character, which means diversity whether for tribe, religion, or gender. It is definitely not right for the APC to have the same faith ticket. Not at a time the religious state of the nation is as it is. Not at a time one religion is clamouring for marginalization by another. It is the most insensitive thing to do. I remember during the time of MKO Abiola and Kingibe, it was a concession under extraordinary circumstances. Even then, it was taken with reservation. Even in America, England and others, we have African recognition. They even form part of the cabinet in those countries. There is a need for balance in every government. Before MKO, there was balancing Azikwe was President and Tafawa Balewa was Prime Minister and subsequent regimes followed that path. That was the norm in every state. For APC to have done what it did, they have consolidated the fear that they have a hidden agenda. They have proven that they are a cabal who would put their religion upon others. How did that Muslim-Muslim ticket of MKO end? Even MKO himself was the second in command to the Sultan of Sokoto in the Muslim council.

How best can the APC manage the situation?

When we are witnessing terrorist attacks all over this country, the APC chose to go with the same-faith ticket. This is the worst of times. For anybody to now neglect the segment of society which has so many influential people to now go ahead and take a single direction, it’s sad. CAN has done what they have to do. By my standard, they should have spoken earlier.

Even Muslims who want the best for this country should have spoken to say, no! It is wrong and proffered solutions to the situation to better Nigeria. The truth is that religion has not paid anybody. Now that the APC has done wrong, they should find a way to manage it but we know that they don’t have the interest of the Christians. CAN has said the mind of Christians. It is the first time they are acting right. They don’t have to be diplomatic or apologetic about defending Christians otherwise this country would become something else.

Who do you think Nigerians should vote for?

If I may be frank with you, the truth about APC – and it is people who are true religious leaders that will tell you the truth – the truth is that they have ruined this country: they have ruined the economy, naira, security, education, and healthcare. No matter how you look at it, they have failed this country. The PDP also has failed us. I said PDP because they are the opposition party and they have ruled us too. They have both failed this country. The two of them have no business aspiring for power today. Neither Tinubu nor Atiku should be given the power to rule over us. Both of them are corrupt and too old with nothing to offer us. We have seen same situation with the current president. Buhari had no business in Aso Rock. I shouted on top of my voice and the people didn’t listen. Buhari wanted to be president for his personal ambition and foster the interest of a few. Buhari, Atiku and Tinubu have been in power for too long that they have given their best. Buhari has been Minister of Petroleum, governor and also held other positions. He just wanted to be president for the bragging right.

We don’t really need his mates or contemporaries to lead this country. We don’t need them anymore. You can see in the past years that our president has not been active. He is not making progress. He is a general but this country has collapsed under him. We don’t need people like that again because they are too old. The same thing is happening in America. Donald Trump who is in his 70s wants to run and the sleeping Joe Biden also wants to rerun. I don’t know what is wrong with these old men who don’t know that administration takes energy and they don’t have it again. Let them all leave the stage and allow younger people to come in. These old men have taken the best of the country. They have looted the country, leaving little for the next generation. If truly they mean well, let them leave the stage for the young ones. Rather, they want to personalise this country for their own economic and religious interests. Our best brains are leaving this country. Is that how we are going to be better or how we will continue? The cost of leaving is high. Crime rate is high. Unemployment is high. PDP killed this country, APC buried it. They don’t have a place in the political scene but because they have the money, they will always bulldoze their way into the stage and they would use the same tool they created to lure the people. They would use the hunger they created to campaign and offer them small cash for their future. There should be a rule that old men should not rule or contest for any position. The younger generation should be given a chance. We need to define the goal and ideology to set up this country and a better way to elect our president. The party has failed us. Either Muslim-Muslim ticket or otherwise the party has failed Nigerians. The only way forward is unless we have a mass revolution to tackle these people.

Are there people in these parties that are young and could still help rejuvenate the country?

The problem is the platform. The party is sick. The manifesto is dead and the people who are clamouring for change among them are not better off. I don’t want to be judgemental, you can’t sing the praises of a man who is agitating within his party because he is not in power or because his candidate is not there that he is a credible person who can lead. It is not a justification that he is a good leader. It is not about noise, Go and ask those people in Niger Delta, look at the amount of money that they have collected from the new policy of revenue allocation and what is being done to justify the money they received? How are they making the lives of ordinary people better? How are they squandering it on things that are not priorities? There is nobody there who can stand that he is the Messiah. Most of them have plenty in their closet. If you are upright, you won’t be in the same party with such people who have squandered the people’s money but make noise when the party politics is not favouring them. It is a question of principle and integrity. Don’t throw anybody as the messiah. We need people who are clear-headed and with ideology.

How then can we know a messiah and have such as the president of Nigeria?

A messiah is measured by personal integrity, achievement, wisdom and intelligence, by theoretical and ideological base and by books written. Before these set of politicians, we had good roads, working hospitals, standard free education and commercial agriculture. We had virtually everything. We had good economy. Show me who is like that among them.

In all these politickings, considering the level of rigging in previous elections, how can Nigerians truly choose their leader?

They should be watchdogs over the Independent National Electoral Commission (INEC). They should have endurance to stay under the sun and the result will be profitable. They should know that whoever they choose, they would be responsible for their choices until 2027. They should have it in mind that Buhari has dealt with us, which means we need to elect someone who will put an end to religious bias and ethnic chauvinism. Not someone who is after internal re-colonisation and feudal oppression; not someone that will end our lives. So we need to rise together to elect someone who will get us out of this problem. This election is very crucial. If we get it right then there is hope and if we get it wrong we are doomed till 20 years. We need to do away from the old order and bring in new order. The church is praying but beyond prayer we need to put our heads together to fight these evil of bad leadership tormenting the nation.