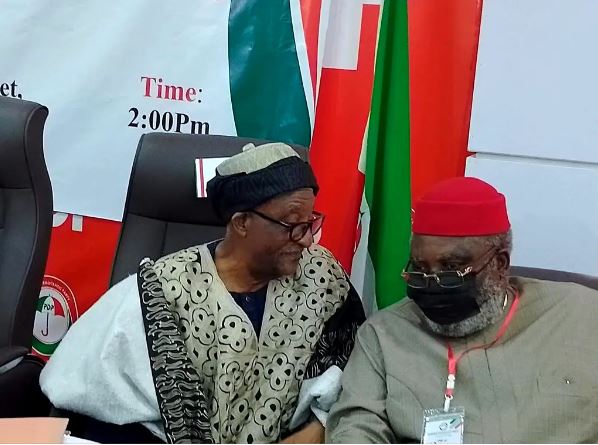 The chairman of the Board of Trustees of the People’s Democratic Party (PDP), Sen. Walid Jibrin has resigned from his position

He disclosed this at the National Executive Council meeting currently going on in Abuja.

According to reports reaching Vanguard, Former Senate President, Adolphus Wabara (South East) has emerged as the Acting Chairman of the party’s BoT.

Jibrin who has a few months left in his tenure had complained about the lopsidedness in the party’s hierarchy following the emergence of Atiku Abubakar, a fellow northerner as Presidential candidate.

Lessons From Kenya’s Election For Nigeria – By Henry Ewunonu