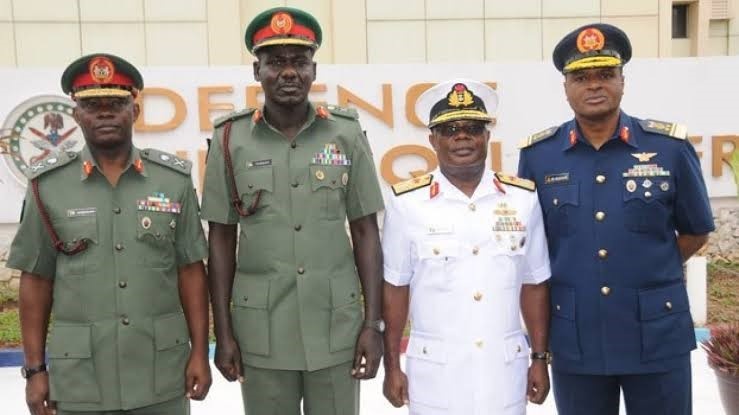 The Peoples Democratic Party has berated the Senate for confirming former Service Chiefs as non-career Ambassador-Designates.

PDP said the confirmation would not stop the International Criminal Court, ICC, from investigating and prosecuting the former Service Chiefs.

The nation’s main opposition party stated this in a press release it issued and signed by its National Publicity Secretary, Kola Ologbondiyan on Tuesday.

“The Peoples Democratic Party (PDP) berates the All Progressives Congress (APC) leadership in the Senate for betraying Nigerians by clearing the former Service Chiefs for ambassadorial portfolios despite reports of crime against humanity committed under their command,” the statement partly said.

The Senate had on Tuesday established the former Service Chiefs as Nigerian Diplomats.

The party further stated that the Red Chamber had just shown that their decision was not honourable but rather painting the entire National Assembly irresponsible in the face of Nigerians and the world at large.

“It is indeed shameful that the APC leadership in the Senate could clear the ex-service chiefs who the National Assembly had earlier indicted and requested for their sacking over security failures and alleged compromises.

“Such reward of failure amounts to stabbing our nation in the back,” the party said.