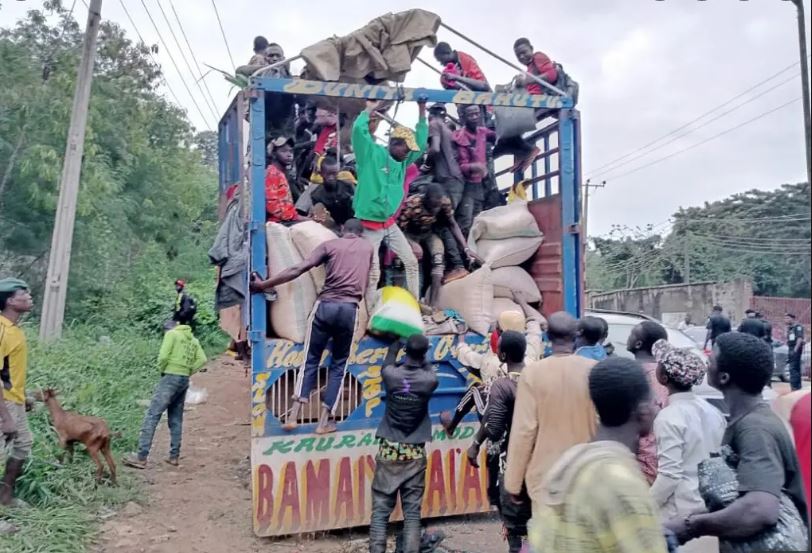 The Western Security Outfit Amotekun in Oyo state has intercepted a truck containing not less than 150 travelers and some items.

It was gathered that the truck which was heading to Ogere in Ogun state from Zamfara was intercepted around Bodija market in Ibadan after suspicious observers raised an alarm and alerted relevant security agencies.

The Oyo state Amotekun who quickly intervened brought the truck to its base, where it did a thorough search and found some food items and luggage belonging to the travelers.

The Special Assistant to Oyo State Governor Arewa Ahmed Murtala confirmed that the persons were just mere travelers who were on their way to Ogun state.

Ahmed who revealed that the travelers would be sent back to their states assured Residents in the state that the state Government would continue to prioritize the security of lives and property in the state.

The truck had on transit, one hundred and thirty-four males and six females as about ten of them were said to have escaped into the market.