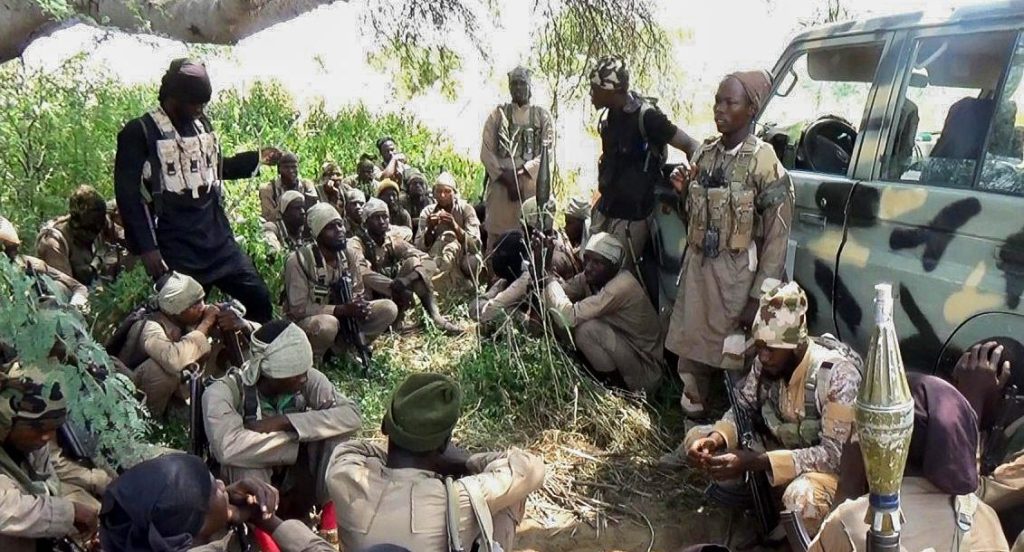 Outrage, anger, and disgust were some of the responses of security experts and civil society organisations (CSOs) at the weekend following a report by the Inter-governmental Action Group on Money Laundering in West Africa (GIABA) that the terror group, Islamic State’s West Africa Province (ISWAP) moved a whooping N18 billion annual revenue through the Nigerian financial system to fund its activities.

Nigeria’s federal government was criticised for its failure to track the movement of funds by the terrorist groups, Boko Haram and ISWAP, through the country’s financial system. This was despite the trial and conviction of terror sponsors from Nigeria by the United Arab Emirates (UAE) and Saudi Arabia, who also made available intelligence on the convicted terror financiers to Nigeria. The Nigerian government was alleged to have taken no action on the matter.

GIABA is a task force set up by the Economic Community of West African States (ECOWAS). The organisation is a specialised institution of ECOWAS responsible for strengthening the capacity of member states towards the prevention and control of money laundering and terrorist financing in the region.
The report estimated ISWAP’s revenues, which it put at $36 million (N18 billion) annually, to be larger than that of Boko Haram. It said much of the revenue came from trading activities and taxation in the Lake Chad region.

But reacting to the findings, security experts were miffed by the failure of the Nigerian government to leverage intelligence on terror financiers supplied by UAE and Saudi Arabia to try to track the circulation of the illicit funds.

Nwangwuma said, “At a time that the Nigerian government has been in a frenzy embarking on various schemes to regulate the media and non-governmental organisations (NGOs), spending huge resources to purchase equipment to track information about human rights groups and activists with all the measures to track the resources coming to NGOs from international development partners, with all the financial and operational regulatory processes put in place and targeted at organisations involved in development work, it is no longer in doubt that government is obsessed with going after perceived opponents and critical media, while terrorists and their sponsors are allowed to freely transact business without being monitored and arrested.

“I do not know how I can avoid the conclusion that this government is intolerant of, sympathetic to, if not in complicity with, terrorists. People in, or connected to, government appear to be benefitting from the proceeds of terrorist activities.”

Nwangwuma added, “Look at the ease with which terrorists kidnap people in mass and demand and receive billions in ransom. There are people in high places, including in government, who are the sponsors and beneficiaries.”

In an interview with THISDAY, also, Assistant Regional Vice President, Region 11, ASIS International, one of the largest associations of security management professionals in the world, Dr. Kabiru Umar, said the report showed the inability of the country’s counterterrorism efforts to block funding avenues of the terror groups.

Umar stated, “A good testament to the authenticity of the GIABA report is the inability of Nigeria’s counter terrorism efforts to block the funding avenues of the terror groups operating in Nigeria, including ISWAP and JAS.

“The report alleged that ISWAP might have generated about N18 billion in Nigeria. That is huge and explains why the group is strong and able to exercise influence.”

The GIABA report also stated that the federal government failed to confiscate assets of terrorists as stipulated in the global anti-money laundering and counter-terrorist financing standards.

However, in his contribution, a former army spokesman, Brig. Gen. S. K Usman (rtd), said government had taken steps to address terror funding, but it was not providing adequate information on such steps.

Usman said, “I am not speaking for government, but I would say that some steps have been taken by government in that regard, for instance, the arrest of BDC operators.

He stated, “The report is, therefore, an independent assessment of how well Nigeria is faring with regards to its commitments to AML/CFT (Anti-Money Laundering/Combating the Financing of Terrorism). It has pointed out several positive achievements but several challenges as well. It is absolutely important that the entirety of MDAs study these report and heed its recommendation.

“From 2019 to date the Nigerian government has taken some steps that were recommended by the report, such as closer look at the financing of NGOs and of Bureau De Change operators.

“Some vital measures that remain a huge challenge is implementation of AML/CFT measures by some financial and banking institutions, who are a major risk factor within the industry but are yet to buy in.”

The report indicted intelligence and anti-graft agencies, notably, the Department of State Services (DSS) and the Nigerian Financial Intelligence Unit (NFIU) for the failure to trace and stop terror financing.

It said, “The Department of State Services, Nigeria’s lead counter-terrorism agency, has significant ability to identify and investigate TF activity. It conducts parallel financial investigations in conjunction with terrorism investigations. However, there is little evidence of the effectiveness of such efforts.
“The content of TF-related Suspicious Transactions Reports submitted to the NFIU (Nigerian Financial Intelligence Unit) has not been of demonstrable value, appearing to add little to Nigeria’s CFT (Combating the Financing of Terrorism) efforts.

“The agency maintained that Nigeria did not demonstrate effective legal and operational frameworks for seeking international cooperation, including for the recovery and repatriation of assets.”

In a chat with THISDAY, a senior military officer, who retired on the rank of major general, said government was not committed to halting terror funding. The retired senior officer, who spoke anonymously, queried the federal government’s failure to try the suspects arrested so far.

He stated, “What has government done? United Arab Emirates and Saudi Arabia arrested Boko Haram financiers, prosecuted them and jailed them; their accomplices are still here. About 400 BDC operators were arrested, the Attorney-General promised to prosecute them. What has happened?

“Some 1,000 insurgents were arrested after which government promised to try them in June. Are we still in June? There is simple a lack of commitment to do so.”
Former Chairman of the Economic and Financial Crimes Commission (EFCC), Mr. Ibrahim Magu, had raised the alarm that some NGOs in the North-east were allegedly operating about 50 bank accounts each. Magu called on banks to provide the anti-graft agency with information on such organisations.

The GIABA report was adopted by the global financial intelligence agency, Financial Action Task Force, whose recommendations help authorities to go after the money of criminals dealing in illegal drugs, human trafficking and other crimes.

The report stated, “Boko Haram/ISWAP pose significant TF (Terrorist Financing) risks that are challenging to disrupt, operating in large part outside the formal financial and commercial system in the conflict zone.

“As with other forms of illicit financial activity, the pervasive use of cash enables these groups’ funding. A study estimated ISWAP’s revenues, deemed larger than Boko Haram’s, at up to USD$36 million annually, much of it from trading activity and taxation in the Lake Chad region.”

It added, “According to Nigerian authorities, both groups have also continued to mobilise, move and utilise funds through the formal financial and commercial system as well, accounting for a relatively small portion of TF activity. These groups also engage in international trafficking activities and as sworn adherents to the Islamic State, also have links with other regional and global terrorist networks.

“The authorities believe that any external support from ISIS Core may account for a small portion of ISWAP’s overall revenues. However, trade with broader criminal networks that could extend to regional jihadist organisations appears to generate significant income for both Boko Haram and ISWAP.”