Osun Records 30 Cases Of Fire Outbreaks Within A Week ― Officials 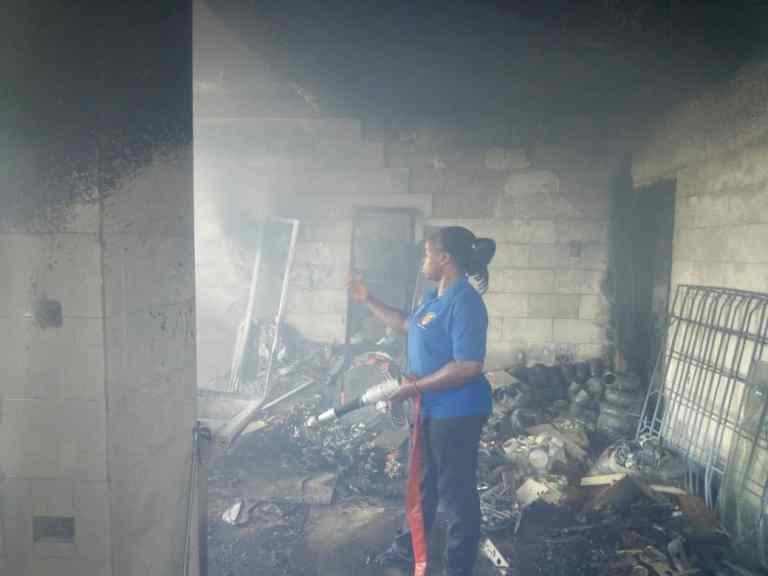 Osun state operation Commandant of the Federal fire fighting service, Isaac Adejobi has disclosed that about thirty fire incidents were recorded within the space of a week in the state. He stated this after putting out a fire outbreak that destroyed goods worth millions of naira at a popular shopping plaza, CTUS Today Home located at Station Road, Osogbo, Osun state.

The fire which was said to have started at about 10:45am affected the two out of the four-storied building but no casualty was recorded in the incident. When Vanguard visited the scene it was observed that the third floor was razed while the incident was curtailed before it could raze the fourth.

Some of the items destroyed in the incident include plumbing materials, plastic pipes, tiles, ceramics among others. READ ALSO: Mother, three daughters perish in Yobe fire incident Many shop owners deserted their shops, including attendants at a filling station opposite, for fear that the fire could spread but for the timely intervention of the fire department. Speaking with Journalists at the scene, the operation commandant of Federal Fire Service in the state, Isaac Adejobi, attributed the incident to power surge.

He said that firefighters from the state arrived at the scene of the incident few minutes after a distress call was put to their station, noting that no death or casualty was recorded. He urged residents to always be conscious of fire saying no fewer than 30 fire outbreaks cases have been recorded in the state within a week. He stressed the need for every resident to ensure they have good fire extinguisher in their various business outlets and houses, urging them to get Smoke Alert System in order to prevent fire outbreak.