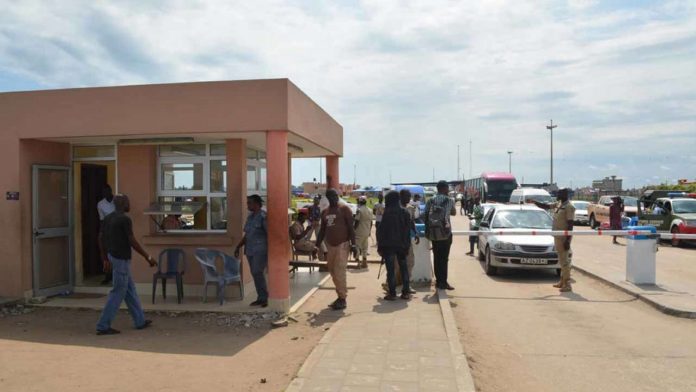 Almost a year after President Muhammadu Buhari ordered the closure of Nigeria’s land border with Benin Republic and, by extension, other neighbouring countries, goods by local manufacturers, especially companies registered under the ECOWAS Trade Liberalisation Scheme (ETLS), have remained at the borders as many of the consignments near expiration.

Although the Federal Government claims to have recorded some gains from the border closure that took effect on August 20, 2019, especially in the area of rice and fuel smuggling to neighbouring countries, latest data from the National Bureau of Statistics and some members of the organised private sector show that the country might actually be at the losing end.

While the closure was speculated to last 28 days, government has not given a definite timeline for the re-opening of the borders, as affected companies and exporters have had to subsequently move their goods through the sea ports. And given the perennial congestion at Apapa wharf, the process has been a nightmare.

From rising food inflation to higher costs of logistics and loss of business to other suppliers in the global value-chain, the closure of the borders might have spurred domestic agricultural industry, but production capacity remains inadequate to meet rising demands of food and raw materials.

While farmers crave that the borders remain shut for as long as possible in order to continue to enjoy the monopoly in the local markets despite supply gaps, the Manufacturers Association of Nigeria (MAN) stated that the negative effect of the border closure is far reaching and would linger even after the border is opened.

With a minimum of five trucks from each of the manufacturers stuck on either side of the border, the operators lamented the weekly loss of at least $1million from the export business per operator, considering that the consignments cannot be moved back nor out of the Nigerian border.

Worst hit by the border closure are companies such as Unilever, Nestlé, Cadbury, Flour Mills, Honeywell and PZ Industries, among others, as some of their trucks had been trapped at the Seme Border since August 19, 2019.

Similarly, the operators raised concerns about the continued closure and its possible impact on the implementation of the African Continental Free Trade Area (AfCFTA) expected to kick off next year, having being delayed for implementation in July.
Unilateral border closures go against all commercial and freedom of movement treaties signed under the Economic Community of West African States (ECOWAS).

Besides, data from the National Bureau of Statistics (NBS) showed that the nation’s inflation rate has maintained a steady rise from 11.98 per cent recorded in December 2019 to 12.56 per cent in June 2020. Food inflation equally rose to 15.18 per cent.

Members of the Organised Private Sector (OPS), including manufacturers and the Lagos Chamber of Commerce and Industry (LCCI), have decried continued closure of the nation’s border for a drill, citing that goods meant for export to other regional markets were trapped on the corridor.

For instance, some members of the food, beverage and tobacco sub-sector of the Manufacturers Association of Nigeria, who are involved in export, decried the continued stance of the Federal Government on border closure.
In particular, access to raw materials for manufacturers of cocoa beverages have become more difficult. Prior to the closure of the border, cocoa beverage manufacturers imported cocoa from neighbouring countries like Ghana through trucks via the land borders rather than through the seaports.

However, the closure of the border has forced them to move their raw materials through the seaports, which, according to them, makes freight more expensive. Additionally, raw materials take longer time to reach factories thus increasing production lead time.

Furthermore, FMCGs with strong export operations have seen their export activities significantly affected as they can no longer push goods through the land borders to the West African markets where they have core export operations. Essentially, they are required to pass through the seaports, which makes distribution cost more expensive, while delivery time takes longer. Accordingly, importing and exporting goods via the seaports has exposed more FMCGs to the Apapa menace.
President, National Association of Nigerian Traders (NANTS) and member of the ECOWAS Task Force, Ken Ukaoha, in a chat with The Guardian, said the reason why the borders have remain closed or its re-opening may have been delayed, may not be unconnected with the implementation of the COVID-19 protocols.He, however, warned that the border closure was becoming a bit too late and dicey, as majority of goods have been stranded and abandoned at the border till this time.

“71 per cent of the goods belong to Nigerians. At a time when the pandemic is affecting many businesses, this would have served as a form of incentive considering that a lot of investments are stuck at the borders; yet, we seek revenues from loans when revenues can be sourced easily.

“Over 53 per cent of the goods are agro-based and have a short life-span. It does not bring any benefit to the country to see them waste. The longer we delay the re-opening of the borders or allow genuine goods to be picked up, the more we unwittingly inform businesses that there are no incentives to doing the right things.

“Operators support the actions of the government. The action should have been for a moment and not unnecessarily prolonged as it not a deterrent action but a frustration to business actors”, he added.He noted that the Federal Government’s action has brought bad blood between Nigeria and neighbouring countries, leading to a reciprocal action in such countries against Nigerian traders.

“As a member of ECOWAS Task Force, while Nigeria was right in closing the borders to bring sanity, ECOWAS has done a good job in bringing the actors to the table. 15 points were raised, 13 had been complied with pre-COVID. The remaining two were being worked upon. Niger and Benin have shown willingness to comply. The Nigerian government should also do the needful.

“The haulage companies are stranded as their trucks remain at the borders with no end in sight; goods cannot be transloaded into another truck. This has consequences for the companies whose businesses rely solely on those trucks. The worst of it is that government would not talk about compensation having kept the goods for such a long period,” he said.

The Chairman, MAN Export Promotion Group (MANEG), Ede Dafinone, said due to the current border situation, many companies are in dire problems, saying that significant losses and many businesses are about to collapse.He stressed that there are companies who rely on the West African market for additional sales to make profits, while some manufacture locally in Nigeria for export, but have had their warehouse filled with unsold inventory.

Dafinone said: “It is a year on and clearly, all those who are exporting through the land borders have been impacted. Very few companies have found a way to use coastal vehicles, notwithstanding the additional costs that come with the multiple handling in the process.

“While there are companies that manufacture palm oil locally as well as other commodities that may have benefitted significantly from the border closure, there is a net loss to the economy in terms of export revenue. The border closure has dragged on for long without any sign of when it will be opened. This puts the country as a risky place for long-term investments. Investors will always be wary of investing in the economy.

“From the government side, there may have be an increase in revenue from payable duty but Customs should be trade facilitating agency rather than a revenue-generating agency.”

The LCCI had in its reaction, stated that the government ought to be more strategic and tactical in dealing with problems of this nature. LCCI Director-General, Muda Yusuf said: “The border closure is a simplistic solution to a complicated, broader and multidimensional problem. We should develop the culture of tackling the causes of problems, not fighting the symptoms. This is the way to solve a problem sustainably.

“One of the critical challenges we face as a nation is that of weak state institutions. This is what has manifested in the escalation of the phenomenon of smuggling. It is regrettable that innocent citizens that are struggling to make a living are now being made to pay the price for lapses of ineffectual institutions of the state.

“The truth is that government agencies at our borders have not lived up to their mandates. It is impossible for the scale of smuggling being reported to take place without the connivance of state officials at the borders. The starting point in dealing with this problem is to get the state institutions to do their job.

“Border closure does not offer a sustainable solution. It only penalises small players in the informal sector. It disrupts the supply chains and exports transactions of many big firms that do business across the sub-region. The cost of this closure to businesses is evidently phenomenal and would be in billions of naira. It also has implications for the confidence of investors as well.”

Yusuf urged the government to strengthen the capacity of state institutions at the borders, by deploying greater use of technology in tackling the problem.
Hitherto, the Comptroller-General, Nigeria Customs Service (NCS), Hameed Ali, while speaking at a stakeholders’ forum on border closure, organised by the LCCI earlier in the year, said Nigeria’s neighbours do not want to comply with the ECOWAS protocols on the transit of goods, adding that most of the goods imported into the countries were destined for Nigeria.

Ali, who was represented by the Assistant Comptroller-General of Customs, Mrs Kaycee Ekekezie, stated that the country has been able to record some gains since the closure of the borders.

“Rather, they break the seals of containers on transit to Nigeria at their ports and trans-load the goods on open trucks, which belong to their country from where same is trans-loaded on to Nigerian trucks. Unfortunately, all previous efforts, including provision of nine escort vehicles to them, yielded no positive change,” he added.Ali noted that the country would continue to engage with neighbouring countries through diplomatic channels to ensure compliance on transit trade.