‘One Of The Best Report Ever Produced’, Falana On #EndSARS Panel Outcome 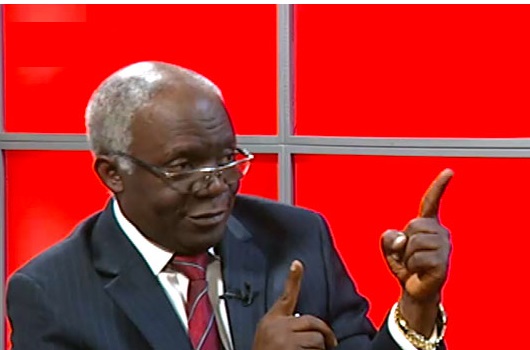 Human rights lawyer and a Senior Advocate of Nigeria (SAN), Femi Falana, has described the report of the Judicial Panel of Inquiry on Restitution for Victims of SARS Related Abuses and Other Matters as one of the best ever produced.

He stated this on Thursday during an interview on Channels Television’s Sunrise Daily, three days after the panel said nine #EndSARS protesters were killed at the Lekki tollgate on October 20, 2020.

After a leaked version of the report indicting the operatives of the Nigerian Army and Police, was circulated on social media, Lagos State Governor Babajide Sanwo-Olu set up a committee to review the panel’s report, which is yet to be released officially.

“The panel gave everybody fair hearing, bent over backward to accommodate those who should have been sent packing, did a thorough analysis of the evidence and arrived at recommendations that tallied with the findings.

“It was a thorough-going exercise, one of the best reports ever produced by a judicial commission of inquiry in Nigeria,” Falana said.

The senior lawyer however faulted the leakage of the report of the Judicial Panel of Inquiry on Restitution for Victims of SARS Related Abuses and Other Matters.

He said the state government should only release the report after its four-member set up to raise a White Paper on the reports submitted by the Judicial Panel of Inquiry has completed its assignment.

“It is after that committee has concluded its own assignment that the government will then release the report via a white paper.”