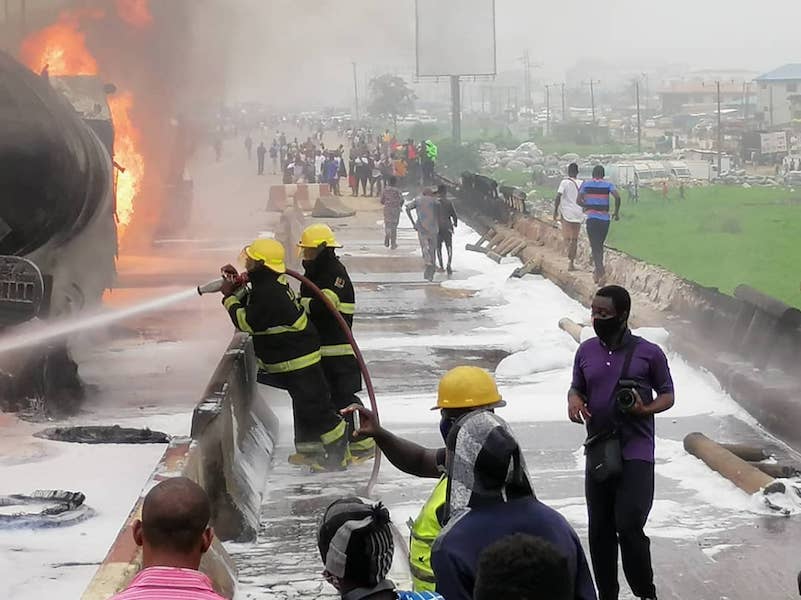 The Director General and Chief Executive Officer of the Lagos State Emergency Management Agency (LASEMA), Dr Olufemi Oke-Osanyintolu, has confirmed that one person died, and two others were injured in a fire incident involving two Fuel Tankers, one Gas Truck, and a Tipper on Kara bridge, along Lagos-Ibadan Expressway.

In a statement made available to newsmen, Osanyintolu also revealed that the agency recovered charred bones from the site of the incident.

“The inferno has been extinguished with the combined efforts of the Lagos Fire Service, LRU fire and other stakeholders (UBA Fire, Julius Berger Fire team) due to the magnitude of the inferno.

“We have rescued two persons alive, one with minor injuries and two fatalities, with one body intact and charred bones which will be sent for pathology.

“Recovery operation has been concluded and we hope that traffic flow should ease.”